We received a call from a lady, in Sonora, who told us she had a possum living under her bed. The opossum had been living there at least two days. She heard it, but thought it was her cat. So she had been sleeping with an opossum for at least two days.

She likes to keep a sliding glass door, to her side deck, cracked open enough for her cat to go in and out.  An opossum discovered the opportunity and moved in. The customer’s bedroom was on the opposite side of the house. The opossum had to walk through the living room, and down a hallway, to get to her bedroom. She told us that when she went looking for her cat that morning, she looked under the bed, and found, to her surprise, an opossum.

Technicians Steve Deaver and Ryan McQuoid responded to the call, and took the photos and video, shown below. The photos show that opossum had tore a hole through the bottom of the box springs, to make a home.

Steve and Ryan escorted the recalcitrant critter outside. The customer plans to keep the door closed, and will a litter box for her cat to use.   Sometimes there really might be a beast under the bed. 27 September 2017. 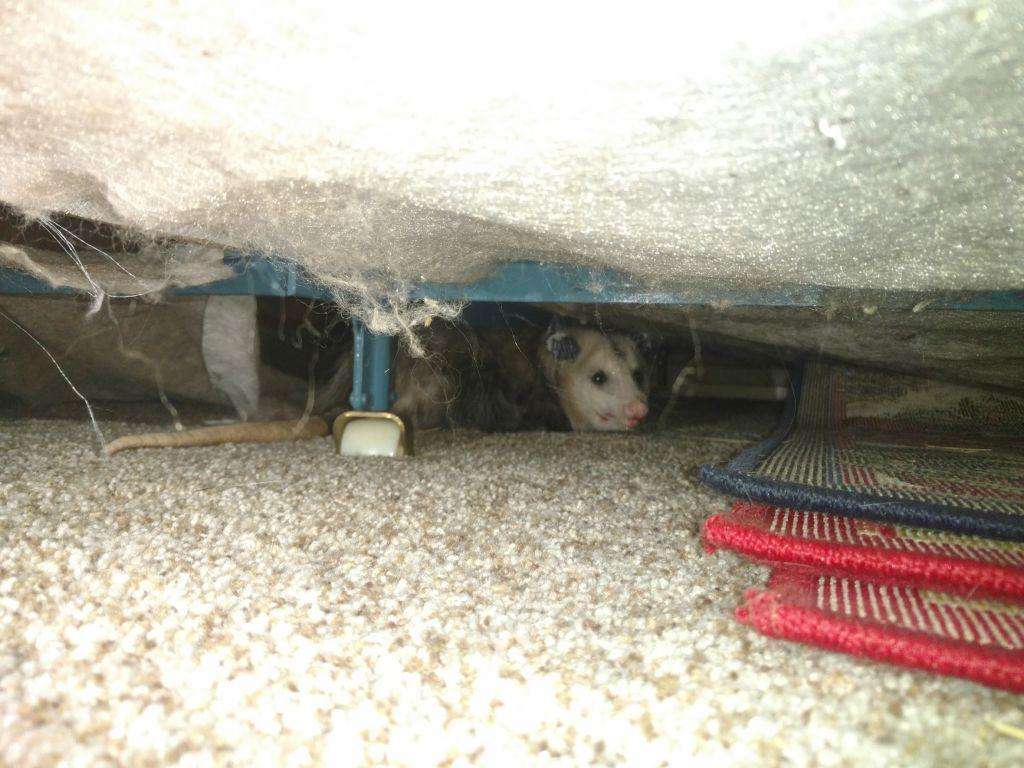 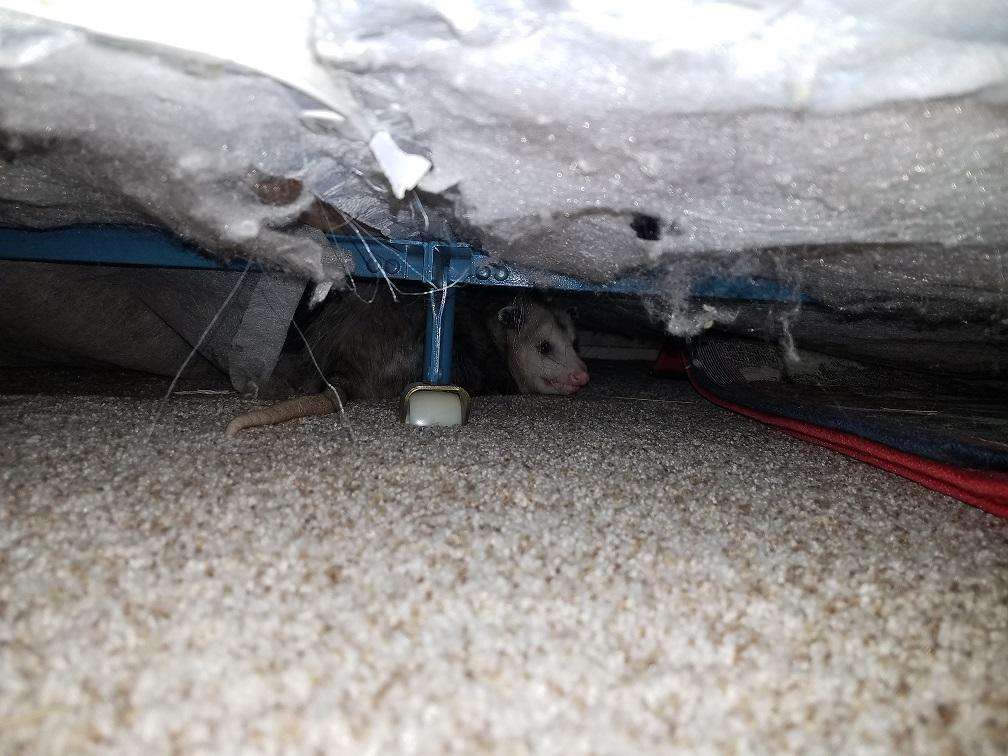