We tested a GoodNature A24 rat trap against roof rats. The rats were living in blackberries. To avoid possible injury to wildlife from the use of rat snap traps, and to not use of poison bait, as there are fox in the area that regularly visit the site, we used this CO2 powered rat killing machine. The attractant the manufacturer included is a sort of chocolate-peanut butter smelling mix.

Notice we placed a video camera to observe the rats’ interaction at the unit.

There were actually quite a few rats, we discovered, including at least foraging baby rats. Although we killed two in one night (night #4), after again dabbing some of the attractant along the base, the side of the vertical board, and inside the kill chamber, the rats did not show as great an interest as we’d hoped.

We are still experimenting with attractants.   May 2018, Columbia California. 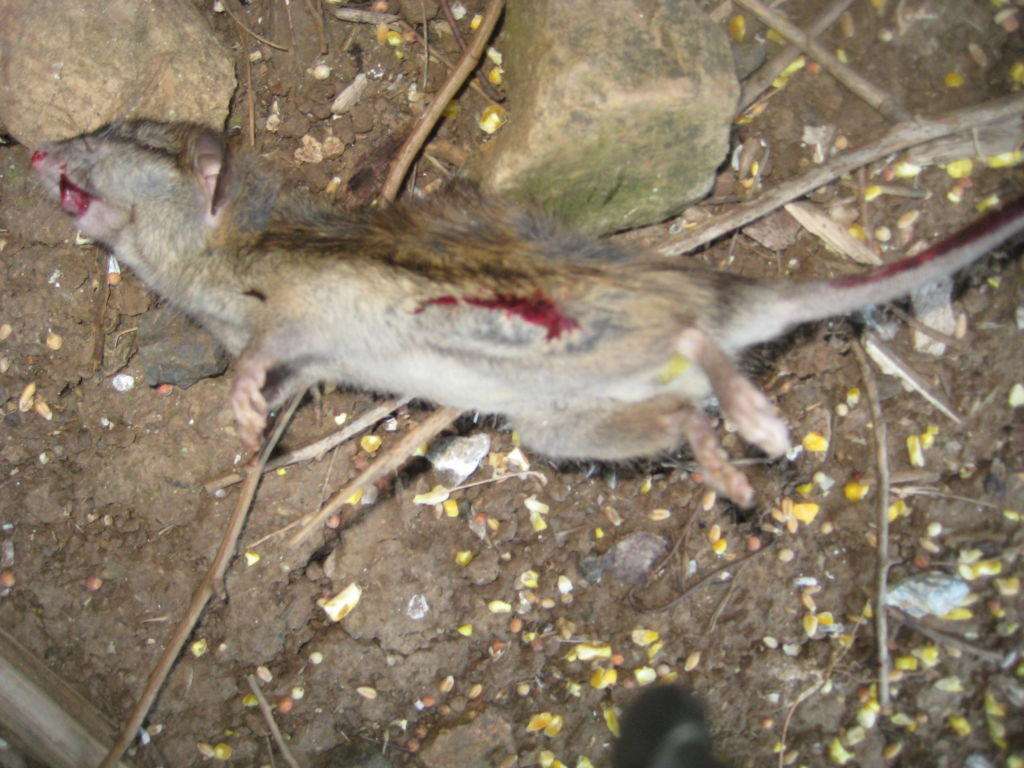 Apparent cannibalism of a dead rat at the A24 site 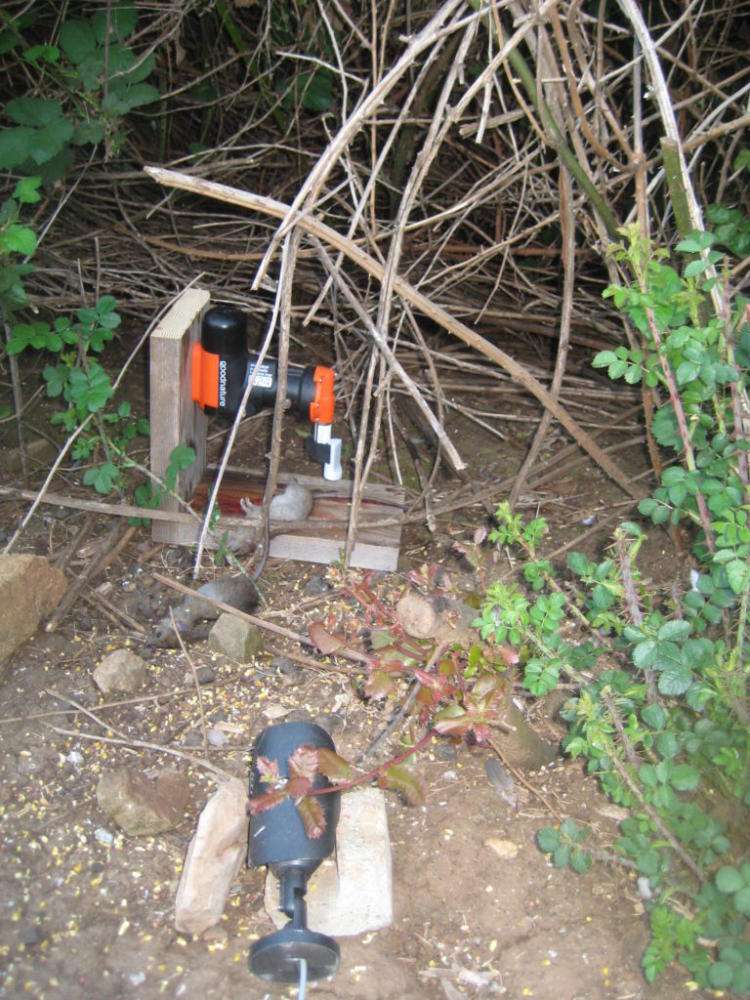 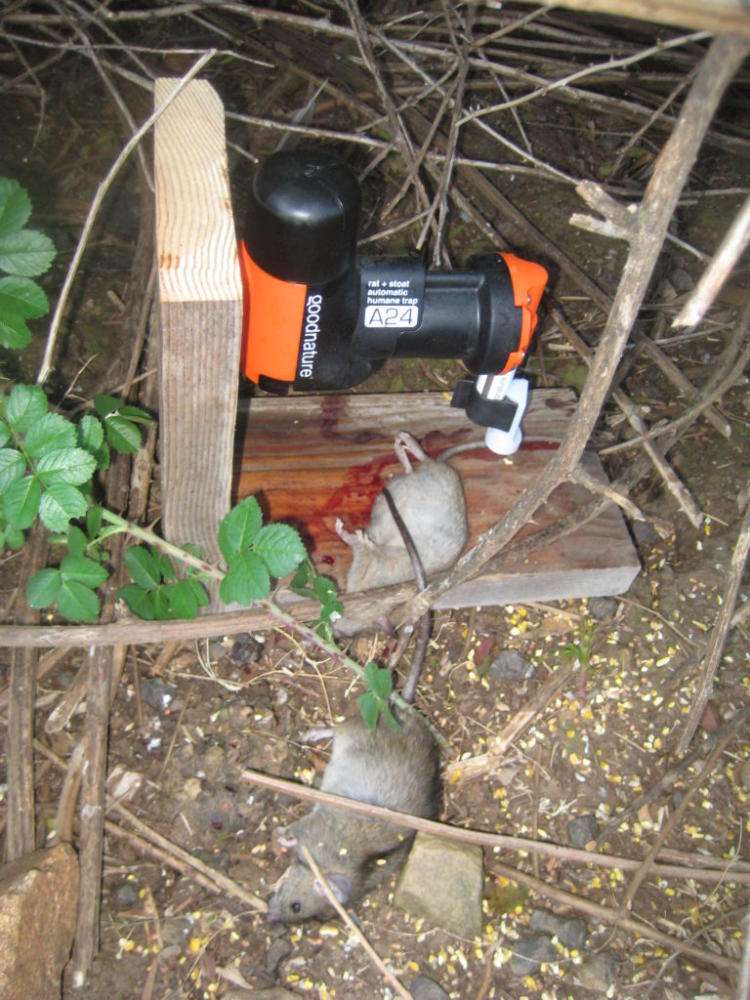 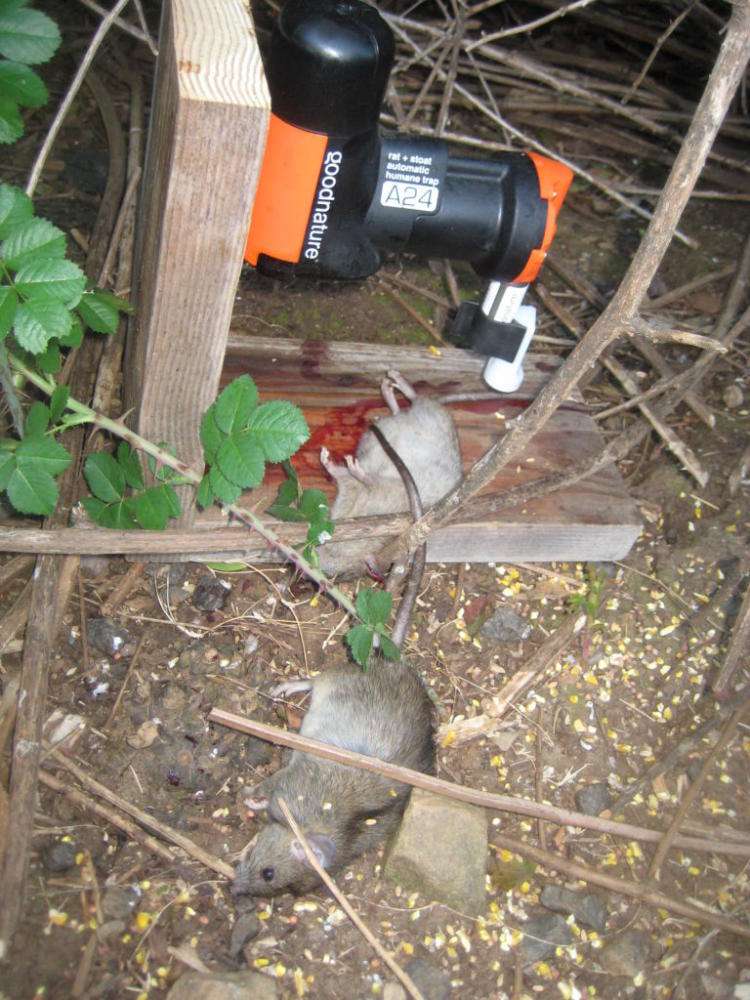 Red-breasted Nuthatch using a woodpecker hole as a nesting site