Jason Price set some rat traps in a garage in Sonora. On one trap, there was a dead rat, with only the head left in the trap. All that was left was the head, and even the back of skull had been eaten away. In another trap was a large, big-bellied rat, un-eaten. Apparently the first rat was eaten by the second, and nobody was around to eat the second rat. We presume he was the cannibal rat. 30 October 2017. 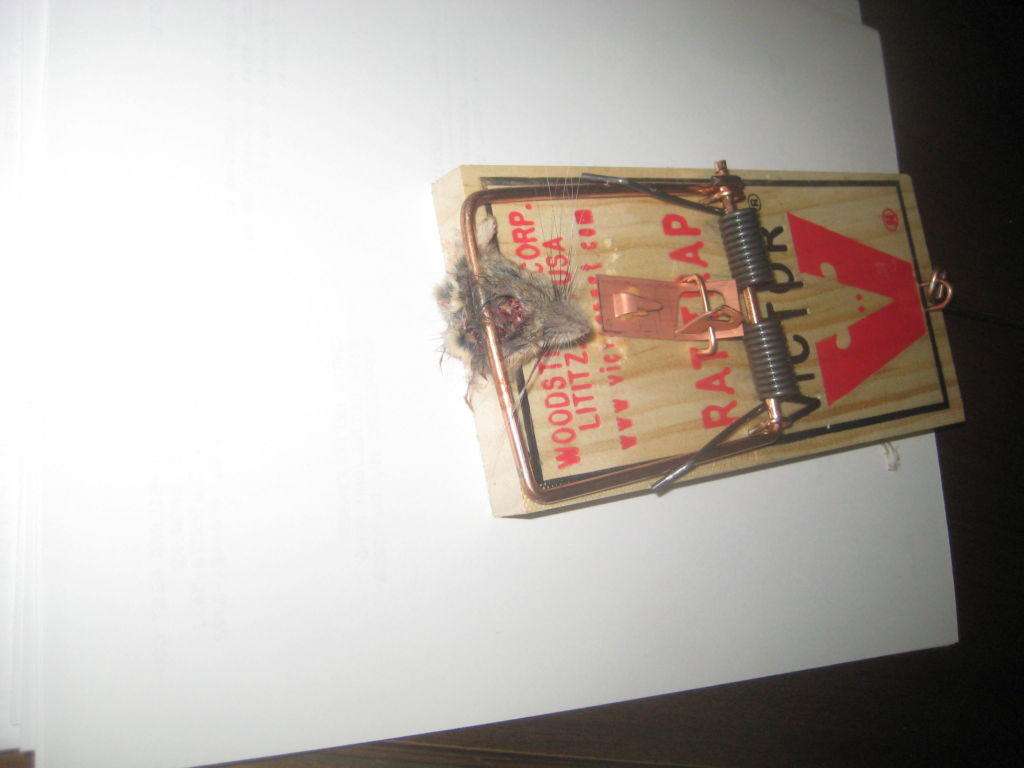 The first rat caught, was eaten away from the trap. The back of the skull has been eaten away. 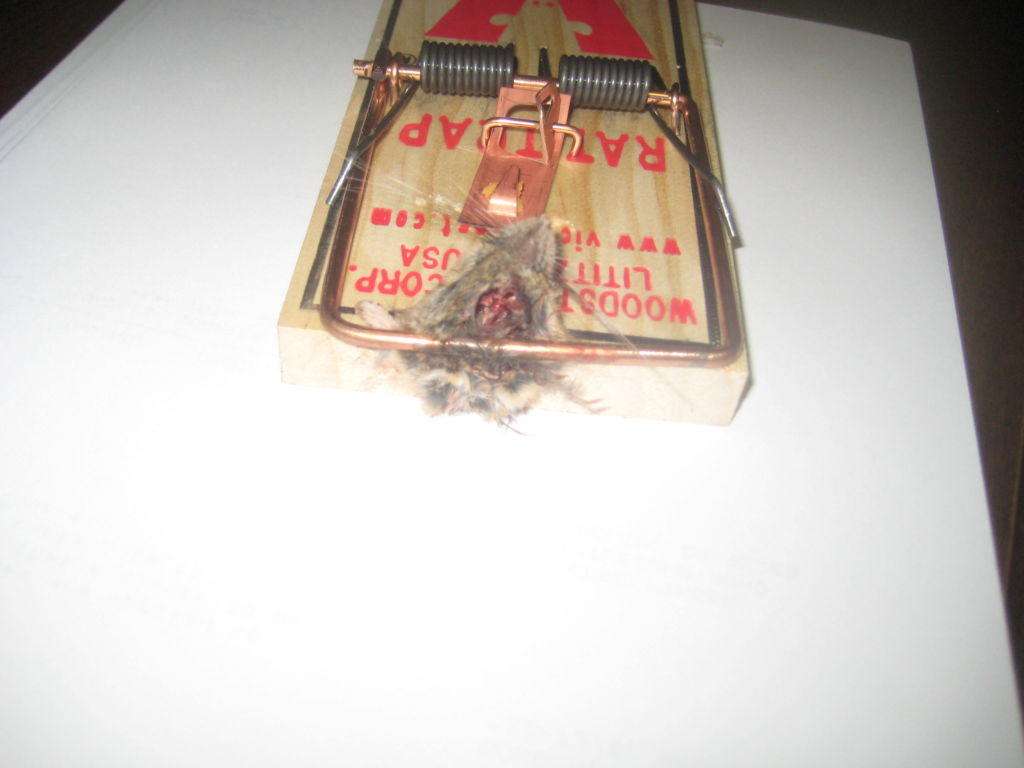 You can see that the back of the skull, and brain, was eaten away. 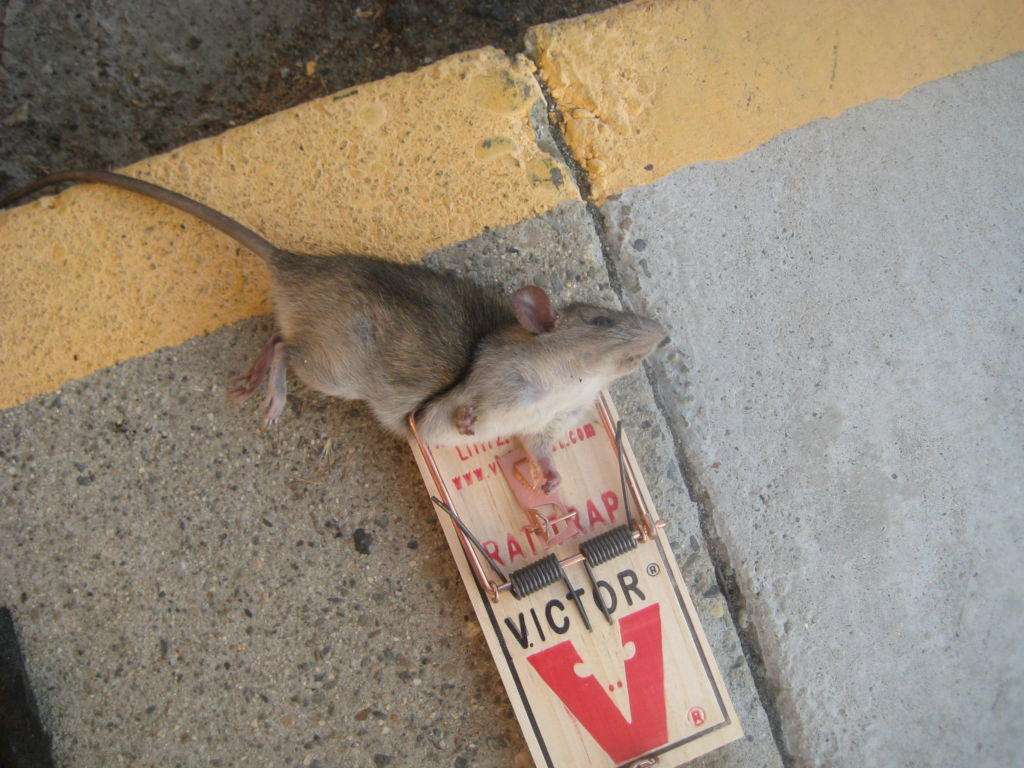 This well fed rat was caught in the same garage. No sign of cannibalism on him. We can deduce that he was the cannibal that ate his buddy.