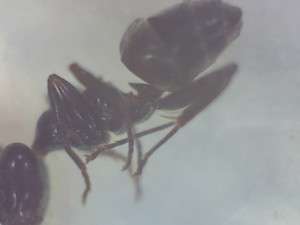 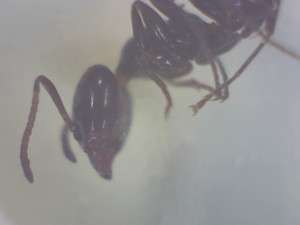 The pine tree ant, liometopum luctuosum, is a common pest species in the mid-elevations areas, common in Groveland, Sonora and Columbia up through the Crystal Falls elevation and in Forest Meadows through the Arnold area. The species prefers to nest in large ponderosa pine trees, but will also build nests in houses.

The pine tree ant is similar to the odorous house ant in several ways and is sometimes confused with them. Both are uniformly darkish brown and both gives a noticeable odor when crushed. The body size of pine tree ants ranges from that of the odorous house ant to about twice that size, in the same colony. You need to look at a number of specimens to assess body size and you should be able to spot the size differences between individuals in a single colony. OHA have little noticeable size variation like pine tree ants do. And unlike the OHA, pine tree ants nest in ceilings, kick out piles of sawdust and can form very long networks of trails. Trails sometimes follow along telephone lines, leading ultimately to a branch of a remote pine tree.

The species becomes a noticeable pest when it sets up satellite colonies in houses, commonly in ceilings that use ceiling tiles like Celotex. The materials are similar from the ant’s point of view, I presume, to the rotting heartwood of a mature pine tree.  The ants can easily excavate tunnels and chambers and store developing larvae there. The excavated material is often discarded by the ants and forms piles of sawdust under the areas of attack.

These ants appear to overwinter mainly in very large pine tress. In spring the ants start trailing between large pines and the houses they have selected for nest sites. I have tracked these ants and at peak trailing, it appears that there is no end to the inter-connectiveness of the trails. I once took some worker ants from a trail in Pine Mountain Lake to Columbia College and placed the ants in a trail there. The relocated workers instantly joined the trailing ants. Could it be that all pine tree ants form a sort of super-colony?

Also, following the trailing ants, every once in a great while you might get lucky to see nest commensals (other species of insects that live as nest parasites in the colonies) also walking in the trail, just like the workers.

One feature of pine tree ant infestations is the accumulation of piles of sawdust beneath nesting areas. These photos, by Jon Shattuck (28 August 2017, Sonora area) are characteristic. These piles can often be found inside homes, where the sawdust falls onto tables, furniture or floors. In this case, the debris fell outside, on the deck.  See also Pine Tree ants (2) 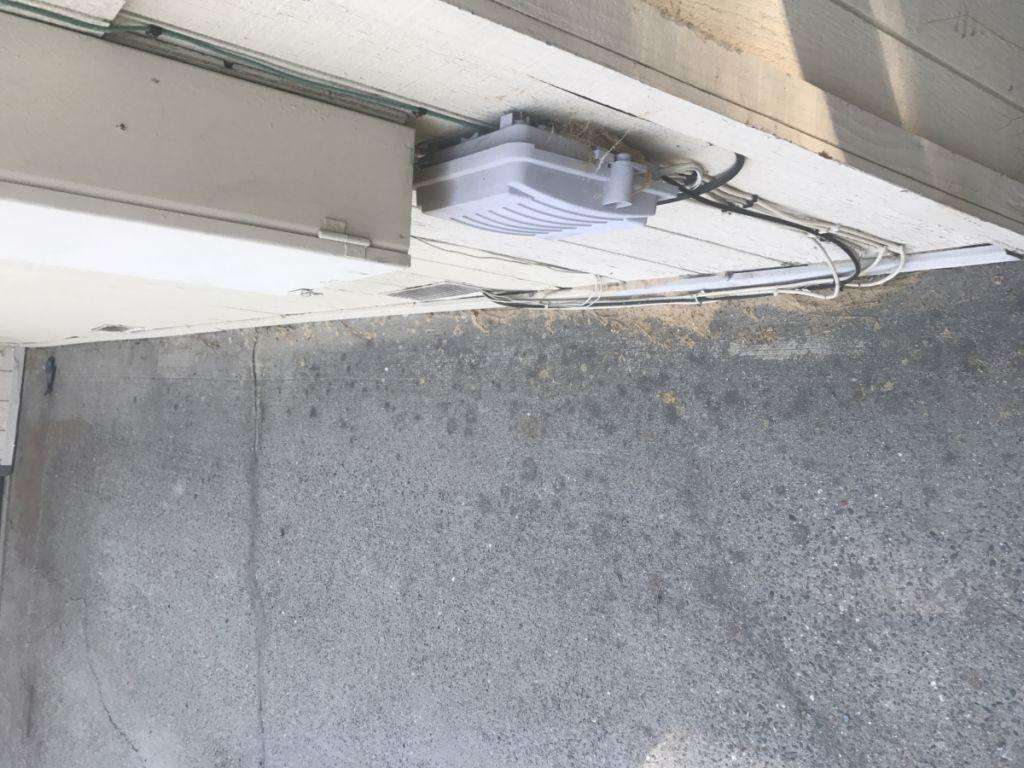 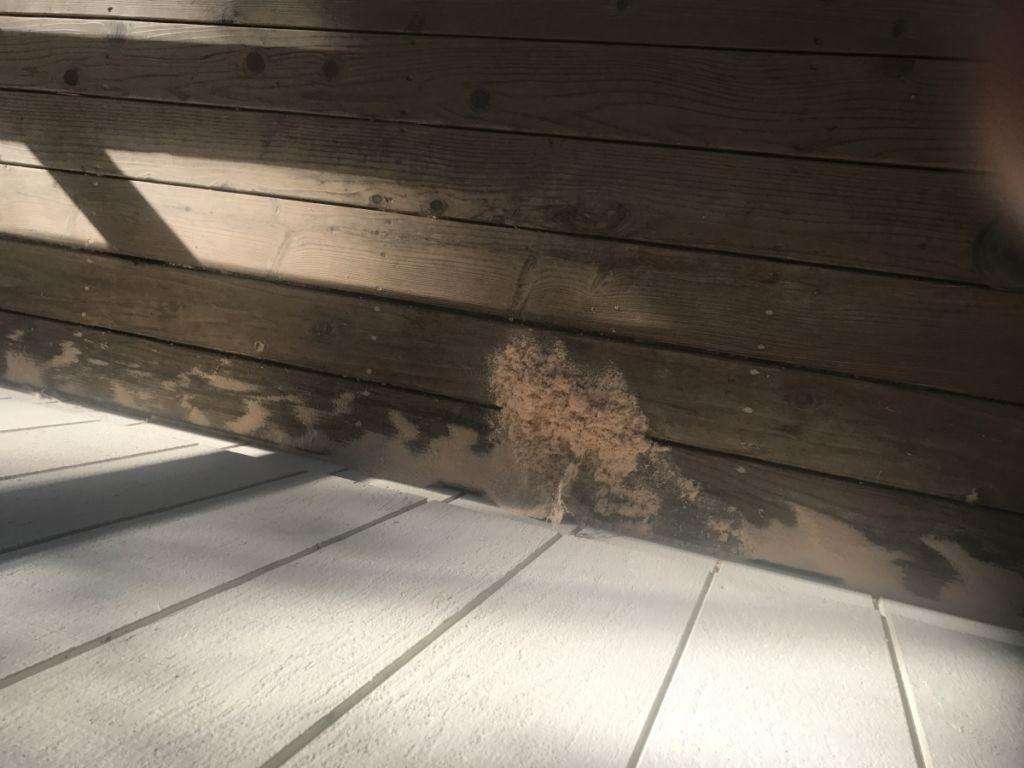 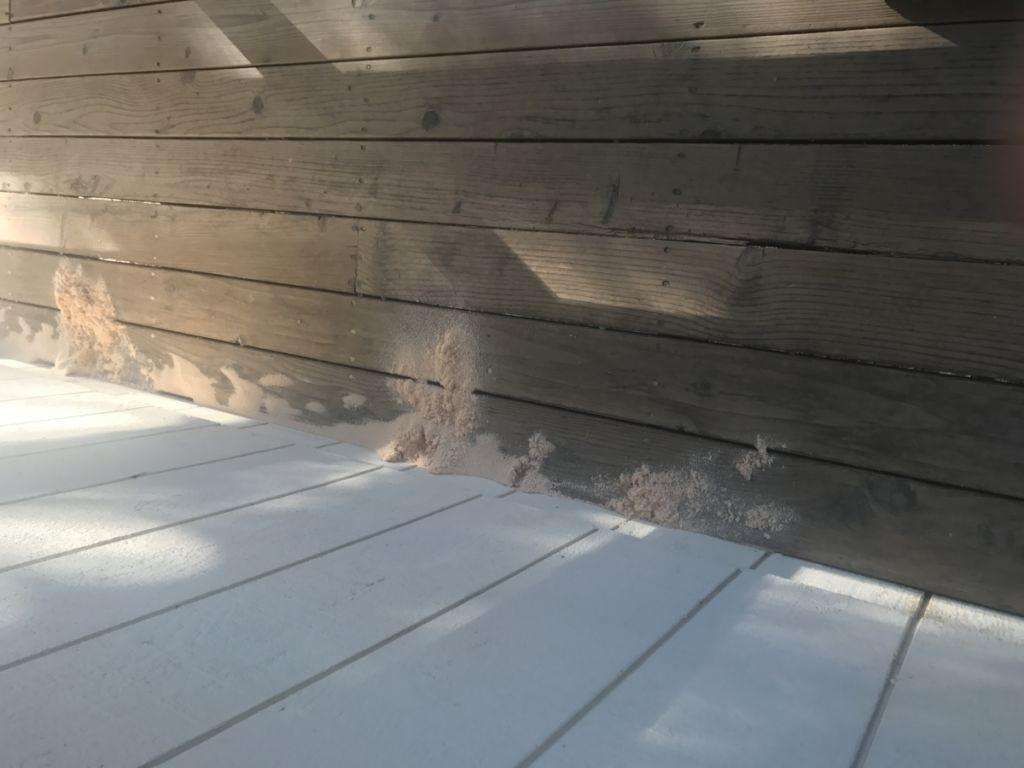