A solitary bee or wasp, of some sort, built her nest on my front step in the spring of 2015. The nest location was in full sun (southern exposure) and out in the open, so that it had no rain protection. In April of 2016, the wasp emerged, leaving the exit hole. So the larval wasp developed successfully, in a nest with full exposure to weather. Striking to me was that the mud nest did not melt away, despite the extensive rains we had.

This nest, therefore has been exposed to a full year of rain, and still looks, for the most part, like it did when it was first constructed. (November 2016)

In November 2018, the mud nest still exists, having survived two more winters and summers. That is three full winters this wasp nest, made of mud, has survived. How did this wasp make such a weather-resistant mud nest? This location gets full sun, as it faces due south. And it is exposed to all the rain, and we have had a lot in three years. This just amazes me.

It is clear that the mud had to survive a full winter, to allow the larval wasp or bee time to develop. The protein that was used to bind the mud is amazingly effective, as the nest, although deteriorating, has survived three full winters.

UPDATE. 3-30-2019.  I noticed that the mud nest finally succumbed to the rain, as the main part (hollow inside) had broken off, leaving just the base. We had fierce, historic even, thundershowers, in early March. I guess that was enough to finally break the nest. Despite it all, the base of the nest remains, and shows how resistant this species of mud dauber’s mud and protein mix is to rain. It lasted nearly four years, from Spring 2015 to almost Spring 2019. The remaining mud base will likely last much longer. Photos below. 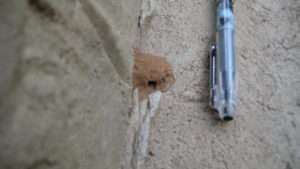 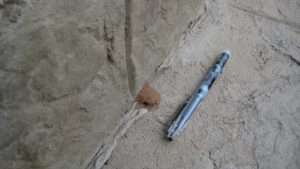 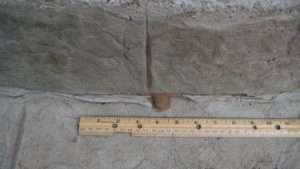 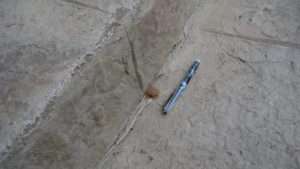 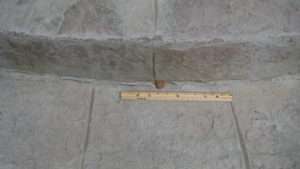 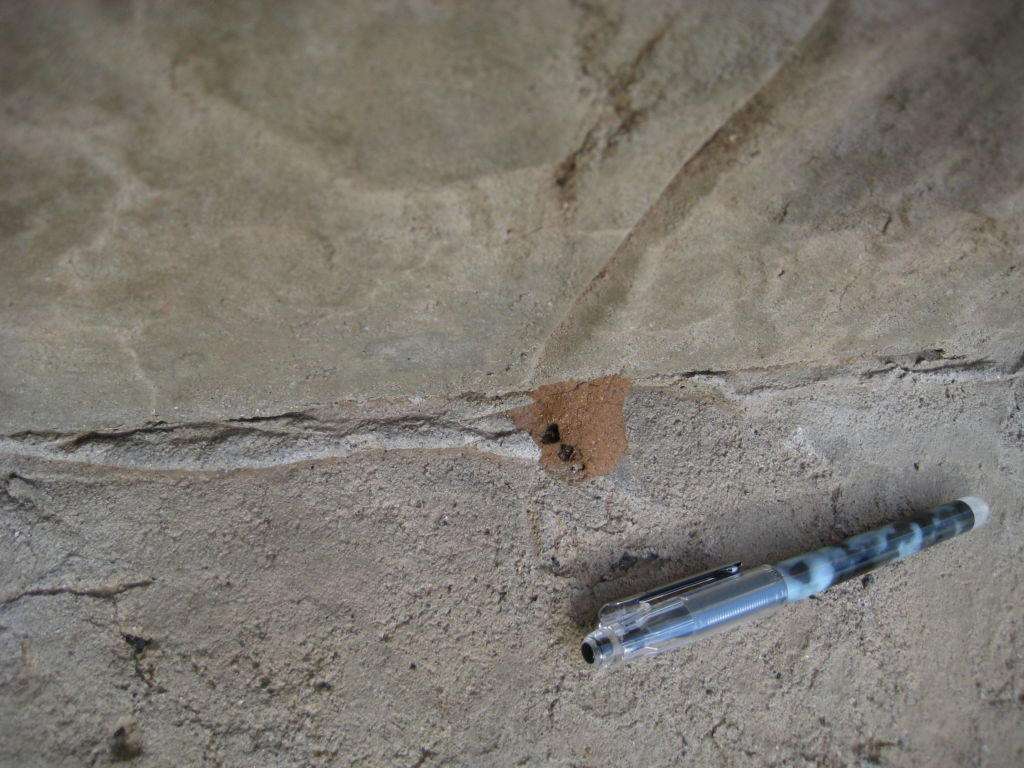 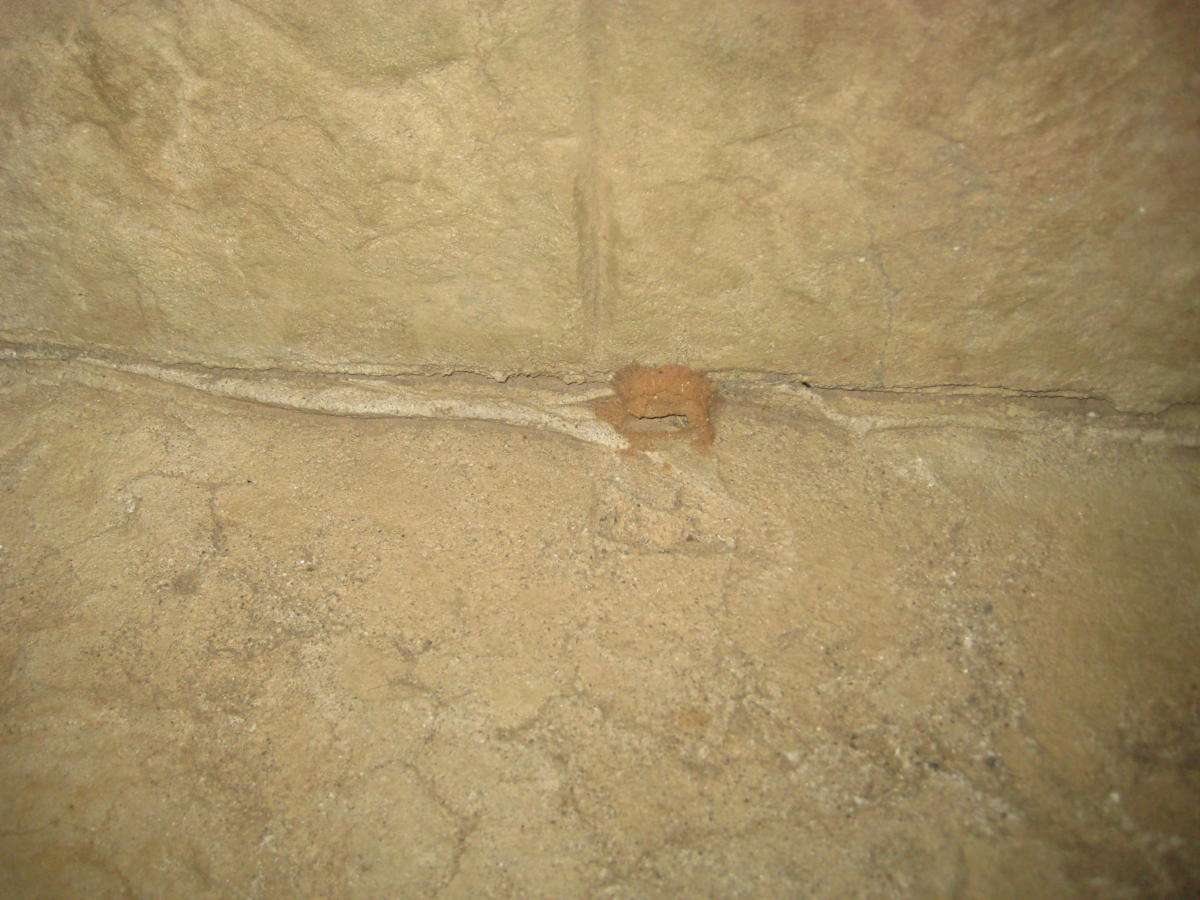 The rain-resistant mud dauber nest still remains. 11 November 2018. How can it survive? 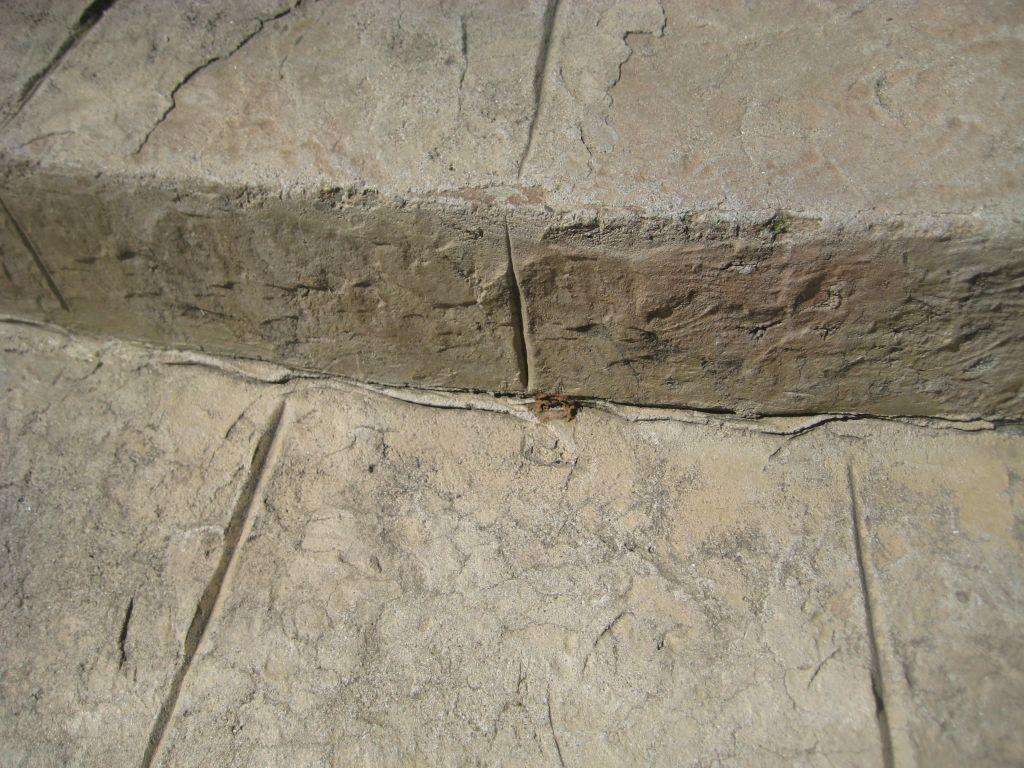 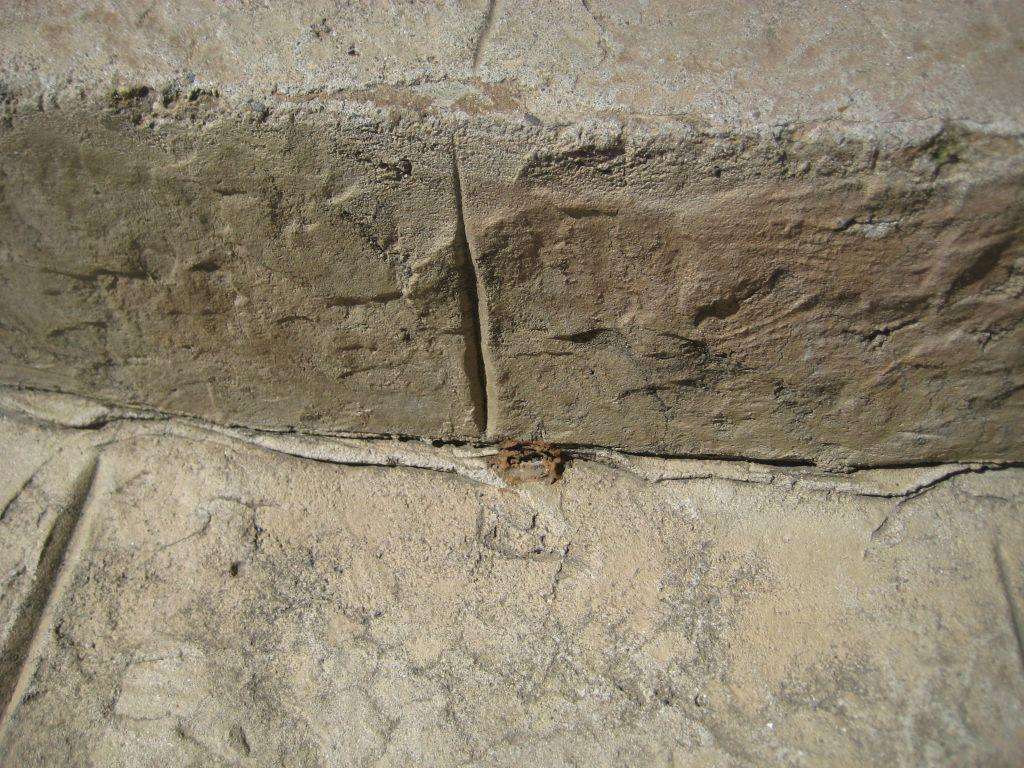 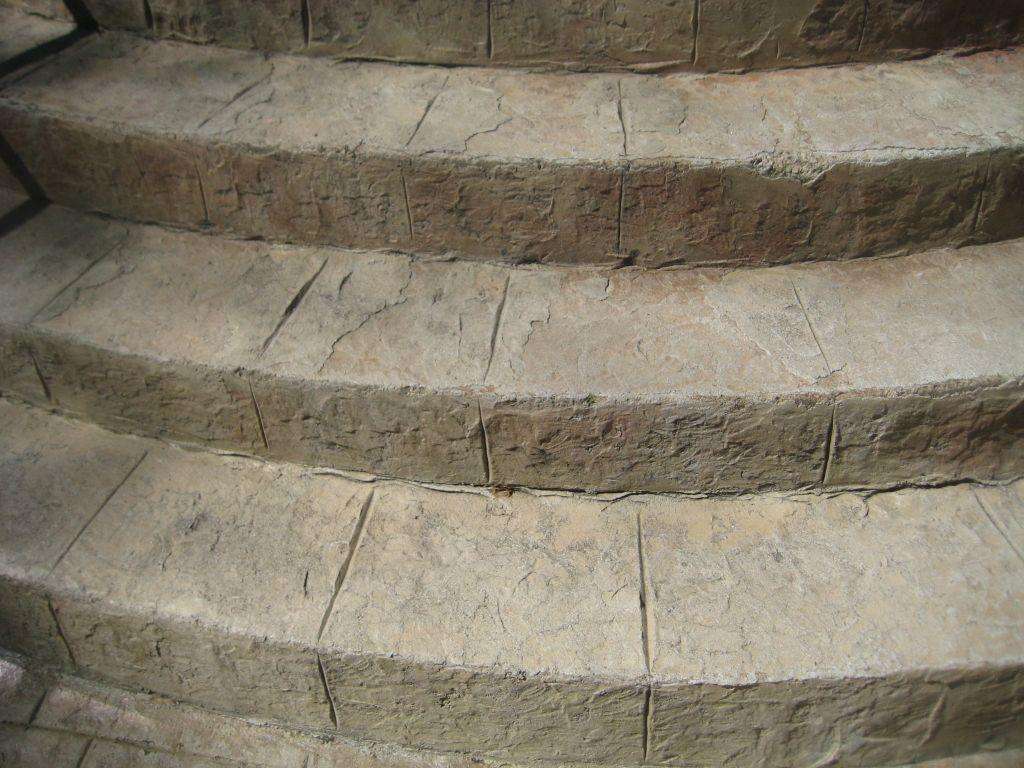 You can see how exposed the nest has been these last four years. These steps face south and get full noon sun, as well as being exposed to rain and water flow from the rain.