5-5-2017, Columbia California. I found this Pacific gopher snake ensnared in nylon deer netting we have as a protective fence around a young apple tree, to stop deer from damaging the tree. The snake appeared to have tried to slither through the mesh of the netting and got stuck. It then managed to really entangle itself in the mesh. I used gloves, a headlamp (it was dusk), and scissors to get the snake out of his predicament. At first he hissed, and would pretend to try and bite, but he never actually would bite. After I got him out of the net, and started to free him from the remaining, tightly constricting, netting, he totally relaxed and let me finish the cutting of the mesh off his body. He is out there now, hunting gophers for us again.

Snakes getting tangled in nylon bird netting appears to be a common problem, Searching reveals a number of interesting posts, listed below.  My next project is to roll up the bottom of the netting, to allow the snakes safer passage.

Bird netting that is safe for snakes

My wife rescues a gopher snake caught in netting 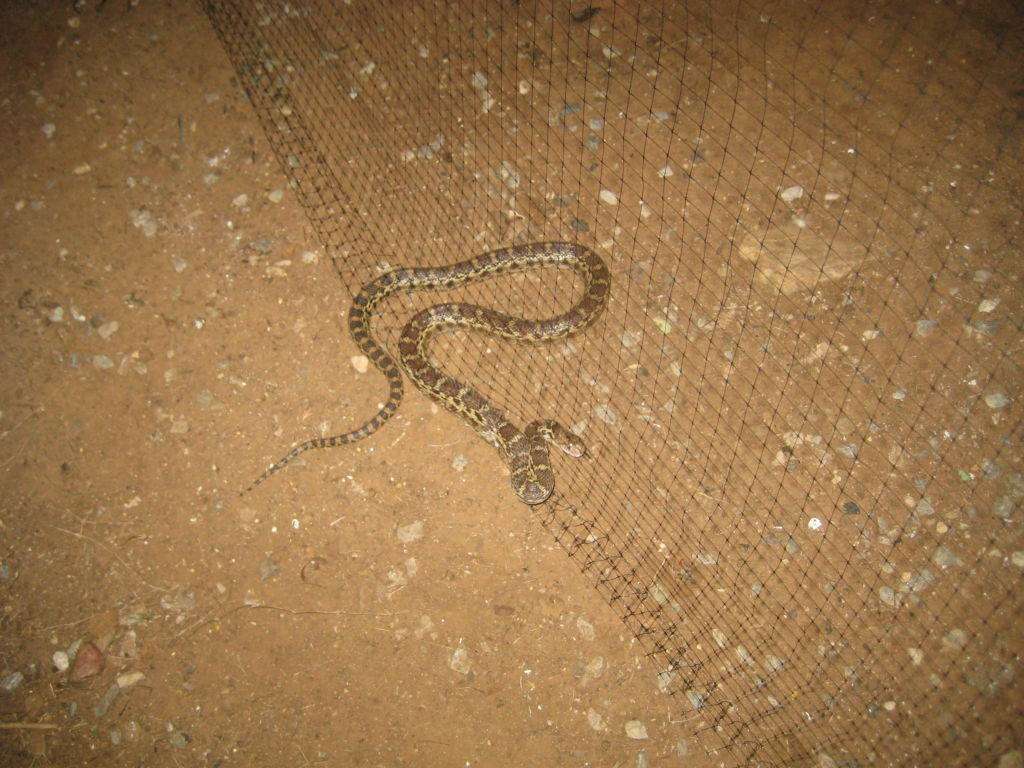 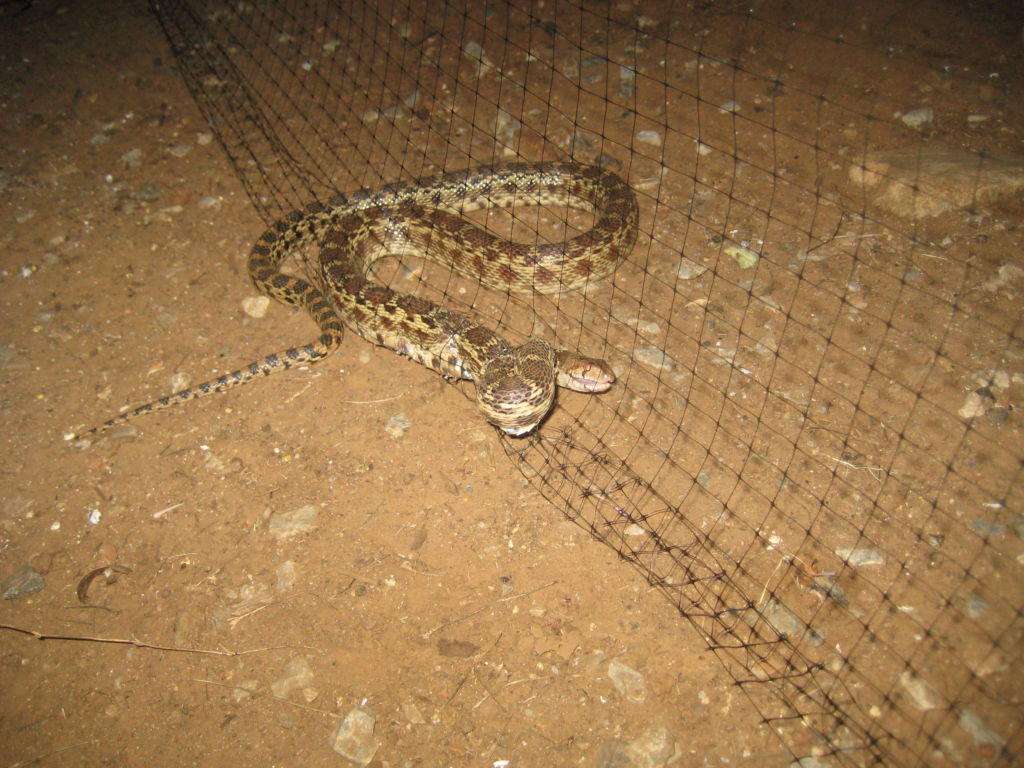 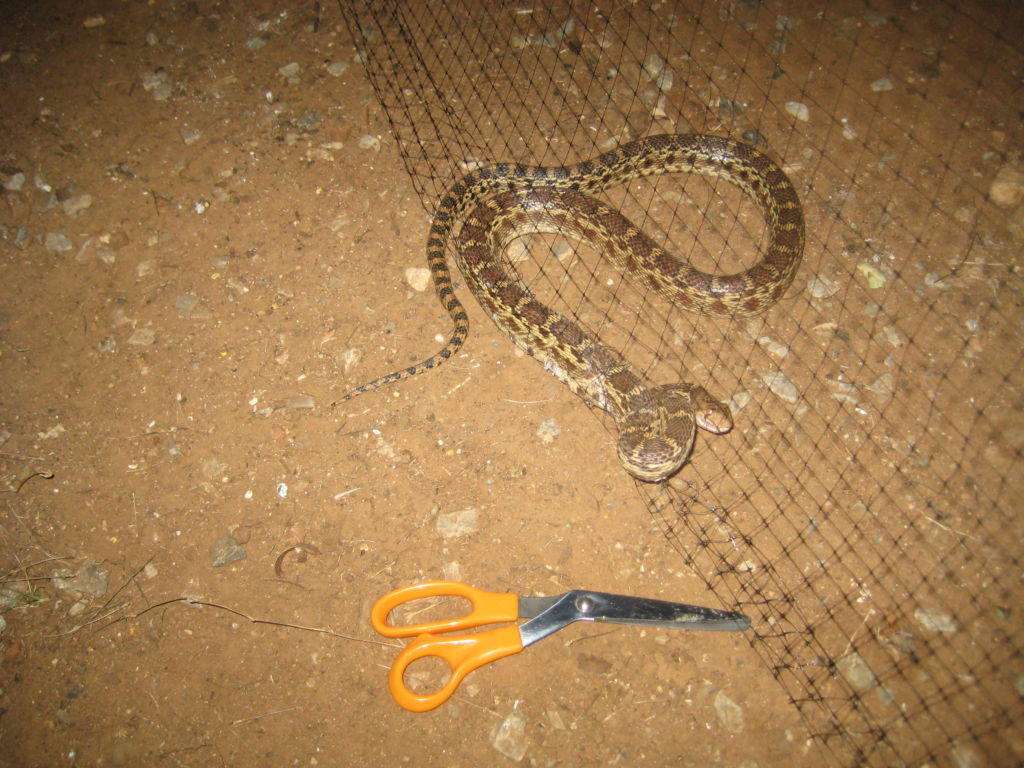 Pacific gopher snake caught in bird netting with the scissors used to free it. 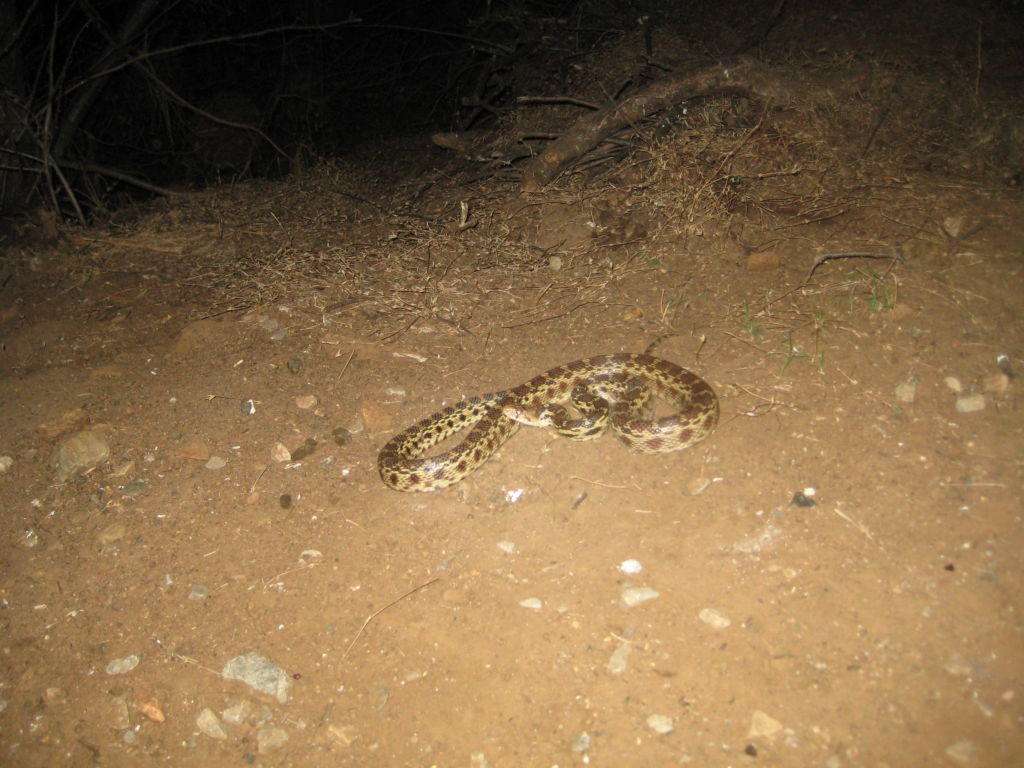 The gopher snake is now free of the netting, ready to go back to work.