Paul Cooper,  approximately  8 August 2014, brought in maggot specimens found, in abundance, in cracks of driveway, at a house in Murphys Ca. We cultured the maggots. Below are pictures of a fly that emerged.  16 August 2014. 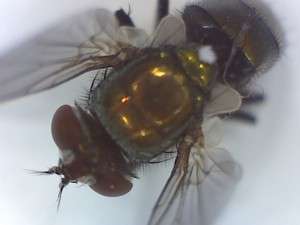 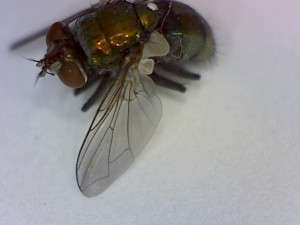