For a number of years, the area around the homes located at the upper end of Apple Valley Drive, Sonora, California, have had extraordinary numbers of large, floodwater mosquitoes, genus Aedes (or Ochlerotatus), in the spring. These mosquitoes are larger than the western treehole mosquitoes that are common in the foothills at that time of year. The source of the floodwater mosquitoes has been a mystery, as searching in late spring did not reveal a source. We did a search in mid-April 2017, and found a major breeding area.

Hiking behind the creek, and towards Summer’s Pond, revealed a number of possibilities. Sampling yielded no mosquitoes, except in one location, at what appeared to be a small vernal pool on the edge of thick vegetation (1st photo below). About 100 feet away was what appeared to a second, small vernal pool (2nd photo below). The density of the brush and trees was so great that visibility was highly limited, and these pools did not appear connected. Further investigation revealed that the vegetation was concealing what was actually a gigantic vernal pool, about a quarter of an acre, its perimeter, and center as well, overgrown with thick vegetation. This cryptic, huge pool, hiding in plain sight, contained thousands of mosquito larvae.

As we do elsewhere, we monitored the frogs, before and after treatment with the mosquito larvicidal oil, and found that the frog population was unaffected.

In addition, we explored a second potential mosquito breeding site, shown in the 1993 satellite image below, by the oval. Sampling on 23 April 2017 did not yield any mosquito larvae, but a number of the larger, floodwater mosquitoes were in the brush area, attempting to bite. This area appears to be directly linked to Summer’s Pond, and is also heavily overgrown. See the images below. 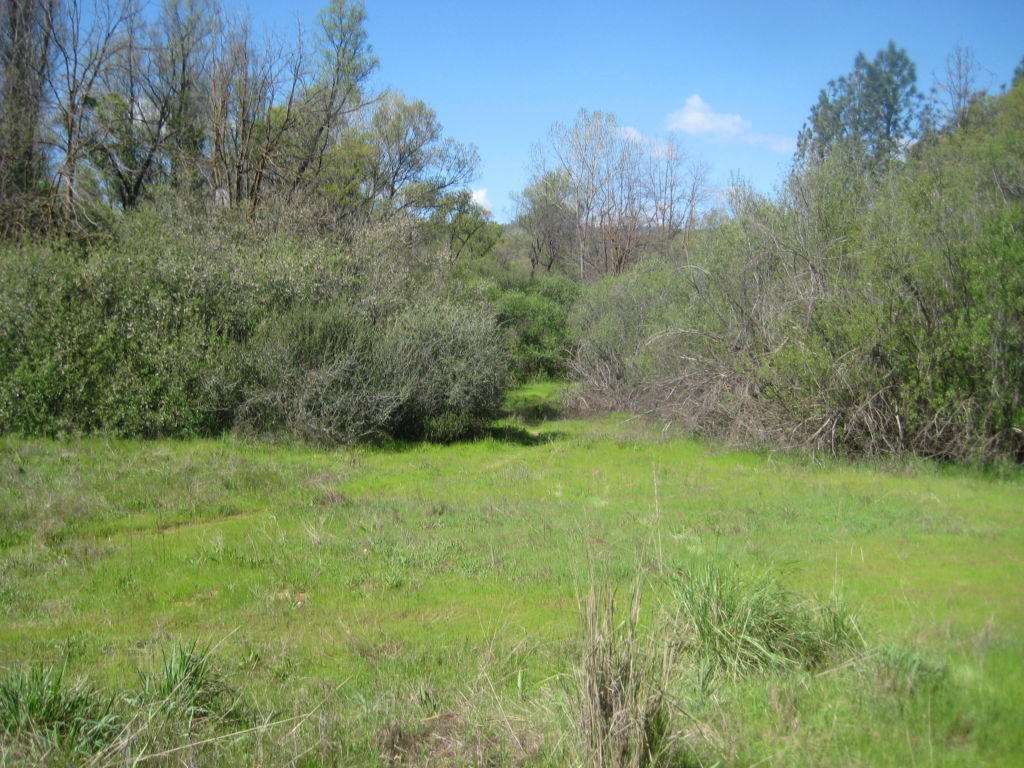 This trail goes between two thick brush areas. One edge of the large, cryptic vernal pool is on the right side of the trail, mostly under the brush. 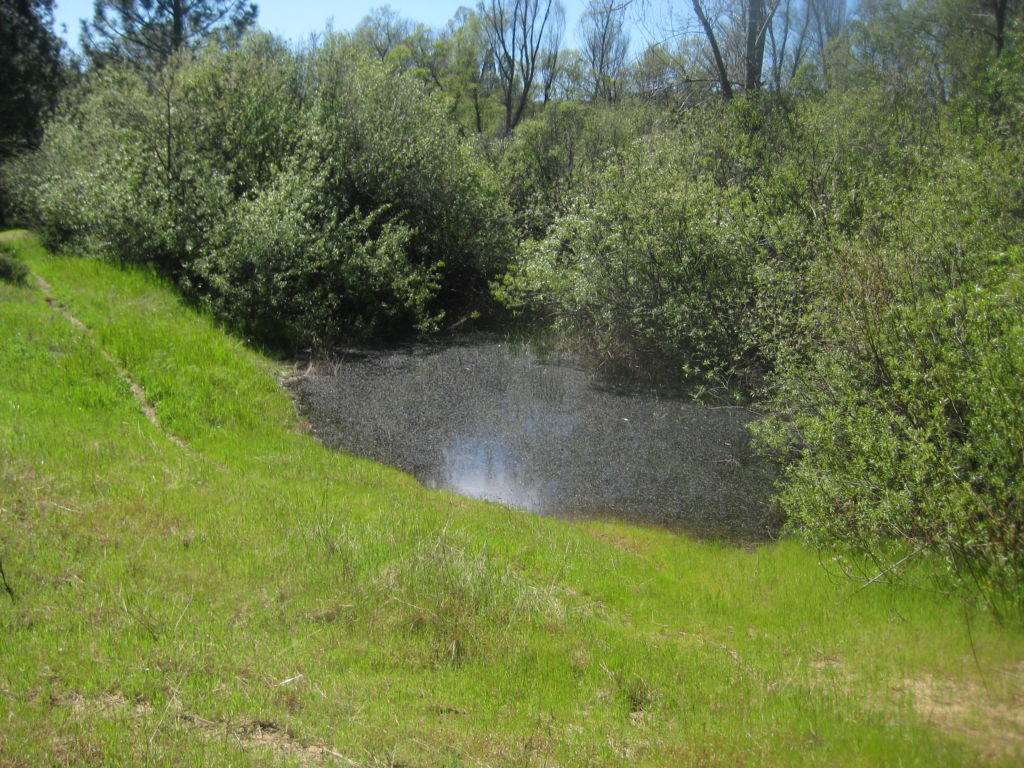 What appears to be a separate, second vernal pool.

Arrow points towards the heavy growth that conceals the vernal pool. 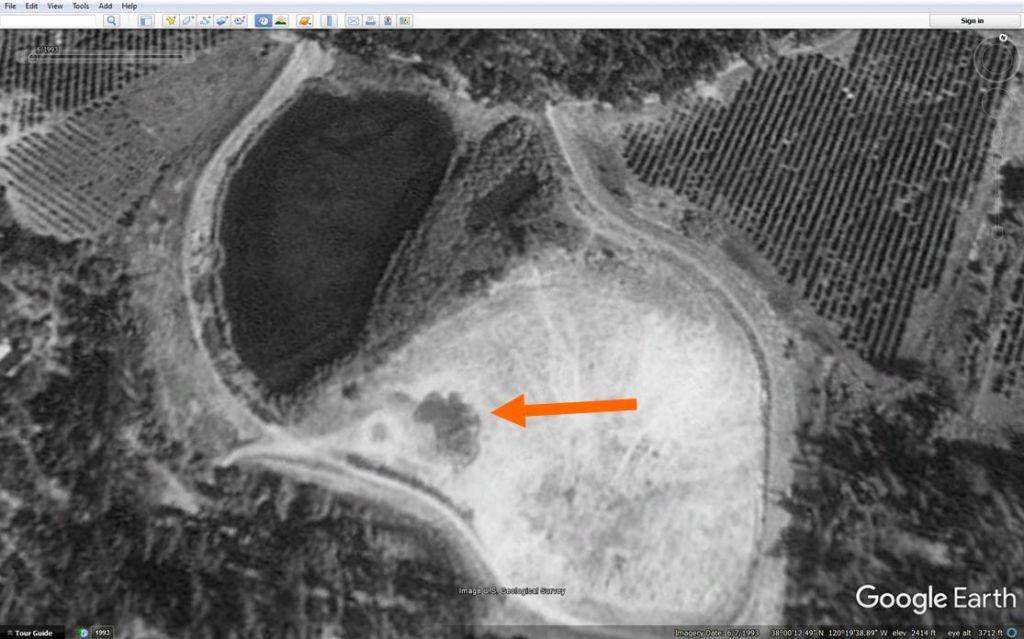 This 1993 satellite image shows the area prior to the tree and shrub growth. The dark area, pointed to by the arrow, is the location of the vernal pool. 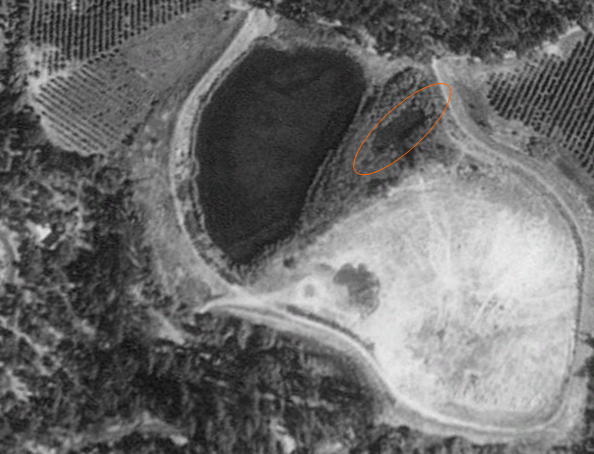 The oval shows another location that is probably a mosquito breeding area. 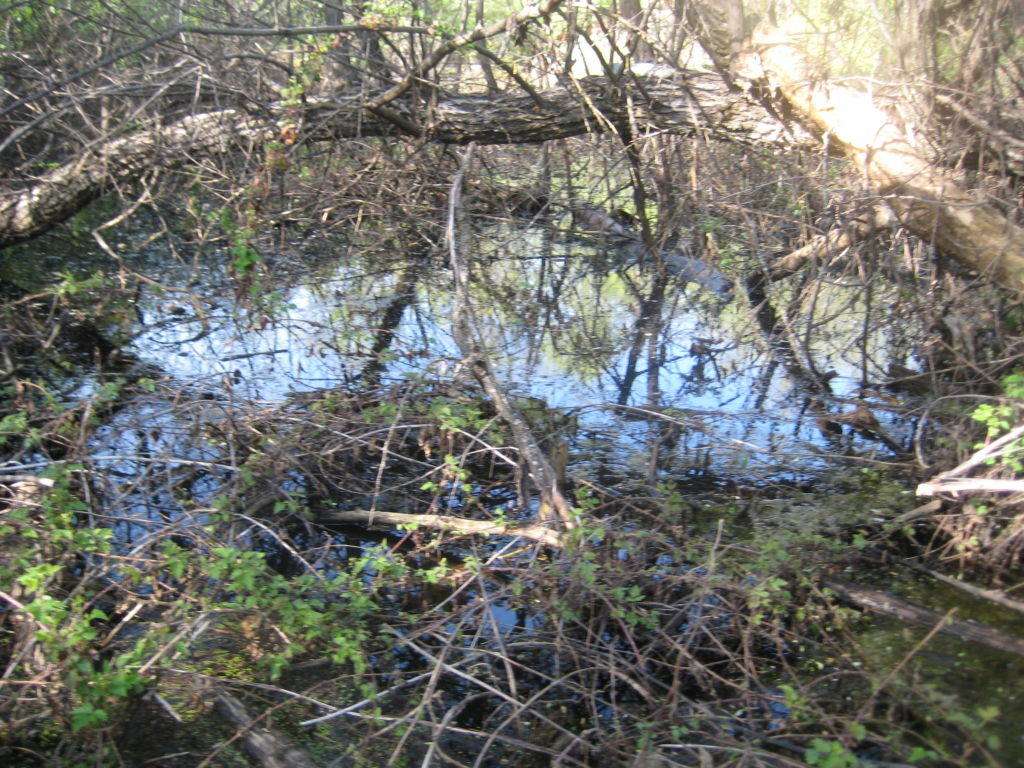 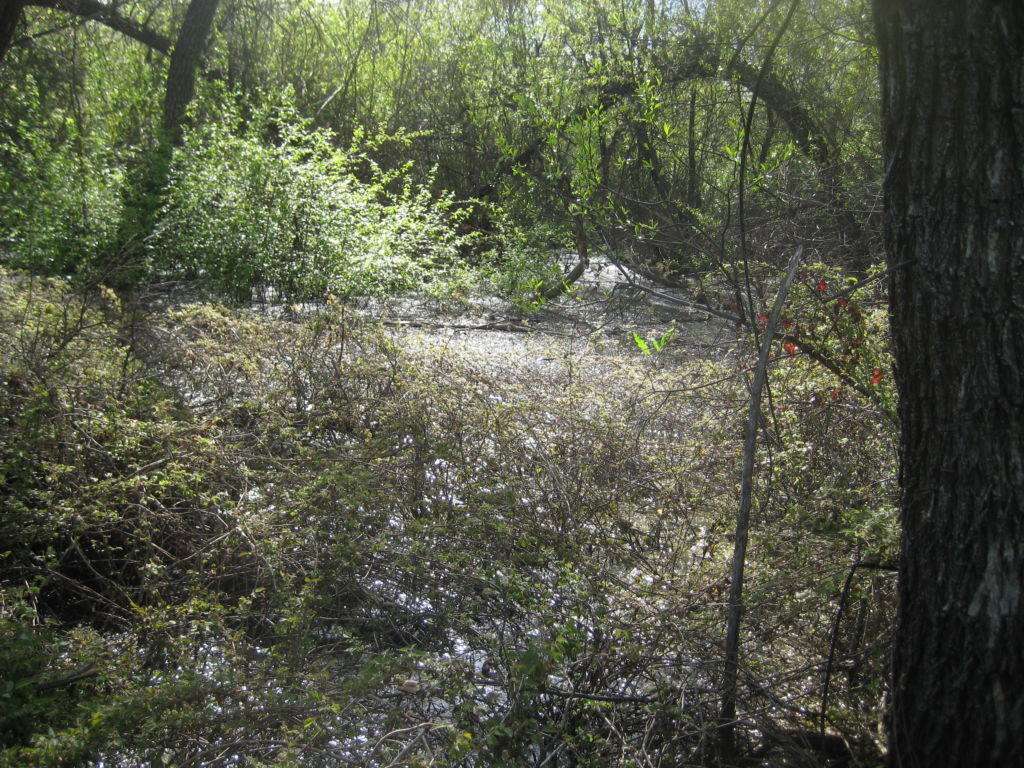