When oak trees first leaf out, their leaves are vulnerable to attack by oak worms, the most common being the oak groundling, Telphusa sedulitella and  here. These small moths emerge as adults just as the oak leaves open. These new leaves do not have protective chemicals in them yet, as the tree needs time to synthesize and accumulate sufficient toxins to defend their foliage.

The small green worms start eating the oak leaves. There is a race on now, as the caterpillars eat and grow, and the oak leaves synthesize their defensive chemicals. The time period between bud opening and defensive chemical buildup is all the time the oak worms really have to grow and pupate. Once the leaves have accumulated their toxins, the oak worms can no longer easily attack the trees.

It is in this time interval, between leaf bud opening and the leaves building up their defense, that we see the primary predator of oak worms, the eumenid wasps. Although they resemble yellow jackets, eumenids are not social insects; that is, there is no queen and no colony, and as such, they are not aggressive.

Eumenid wasps are beneficial, hunting oak worms and reducing defoliation. The wasp females search oak leaves for the caterpillars, paralyze them, and then carry them to their nests, where the paralyzed worms serve as food for the developing wasp larvae.

Here is where most people encounter eumenid wasps, as the wasps often nest in crevices under the eaves of houses. The male wasps tend to hover near nesting sites, waiting for females to return, and the opportunity to mate. This behavior can make people think there is a serious problem, because they see a lot of wasps and assume they present a risk.

But don’t worry. The wasps are policing your trees, removing defoliating insects, maintaining the health and vigor of your oaks, and are not aggressive in nest defense. In the Bay Area, oak worms actually do defoliate oaks. Thanks in part to the actions of eumenid wasps, this does not occur in the foothills.

The wasps disappear when the oakworms pupate, usually by the first or second week of June. 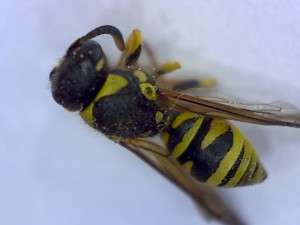 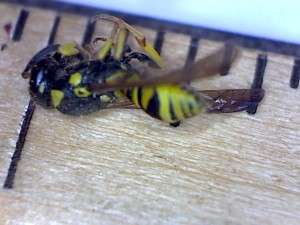 Here are abdomens of three individual eumenid wasps, to allow comparison of the abdominal striping patterns. 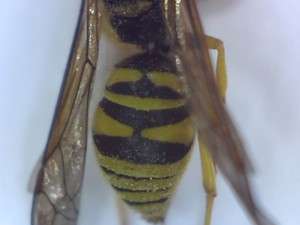 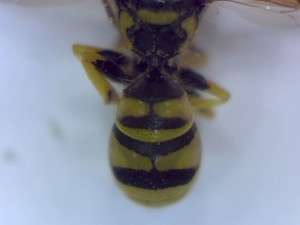 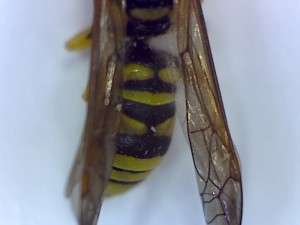 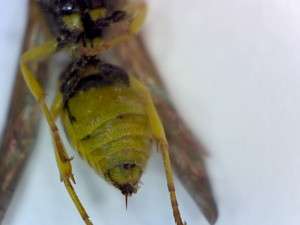 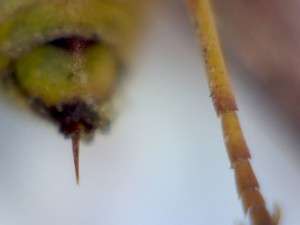 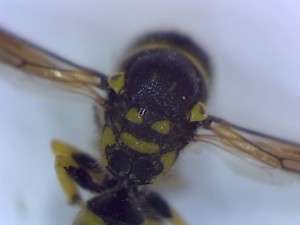 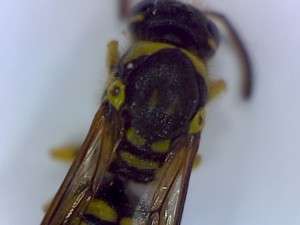 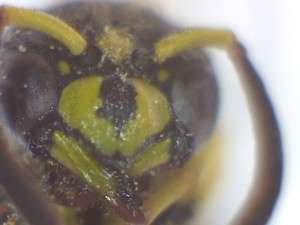 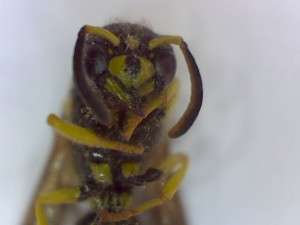 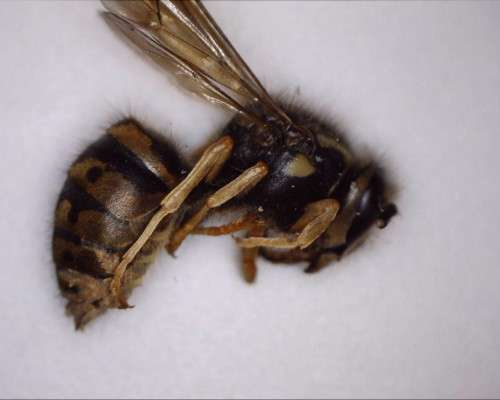 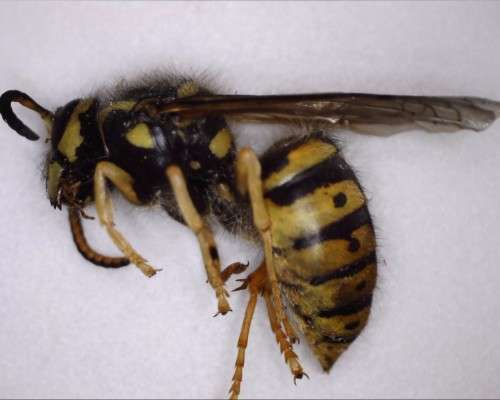