We found a western oak bark beetle, Pseudopityophthorus pubipennis, in one of the cankers of the Cooper2 live oak branch. Cooper2 is an interior live oak infested with foamy bark canker. The beetle was small, about one and a half millimeters long. Sample collected 29 October 2016, by Paul Cooper. 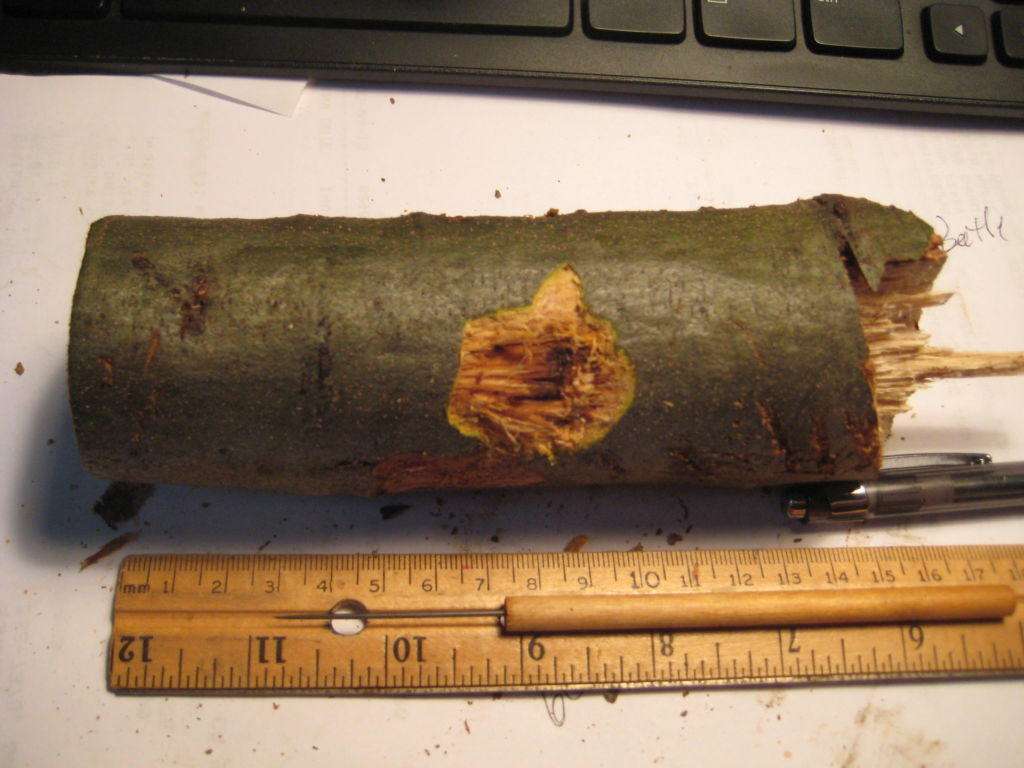 The branch that has the beetle, to show the size of the branch. 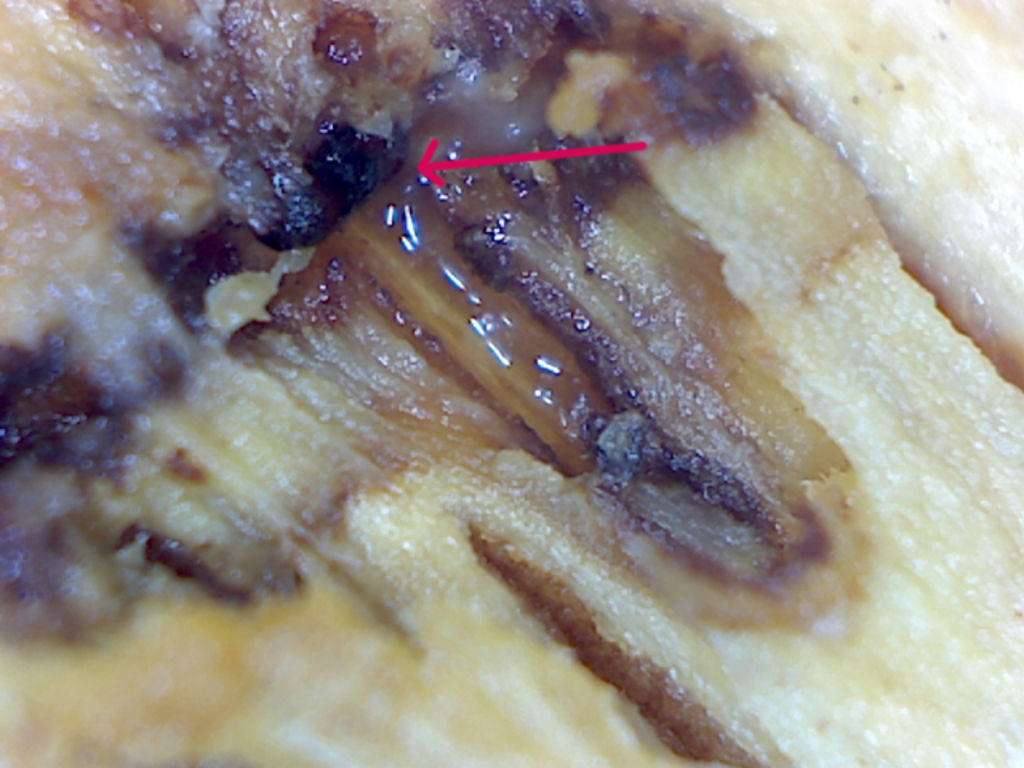 The red arrow points to the beetle. It is at the top of the ‘T”. 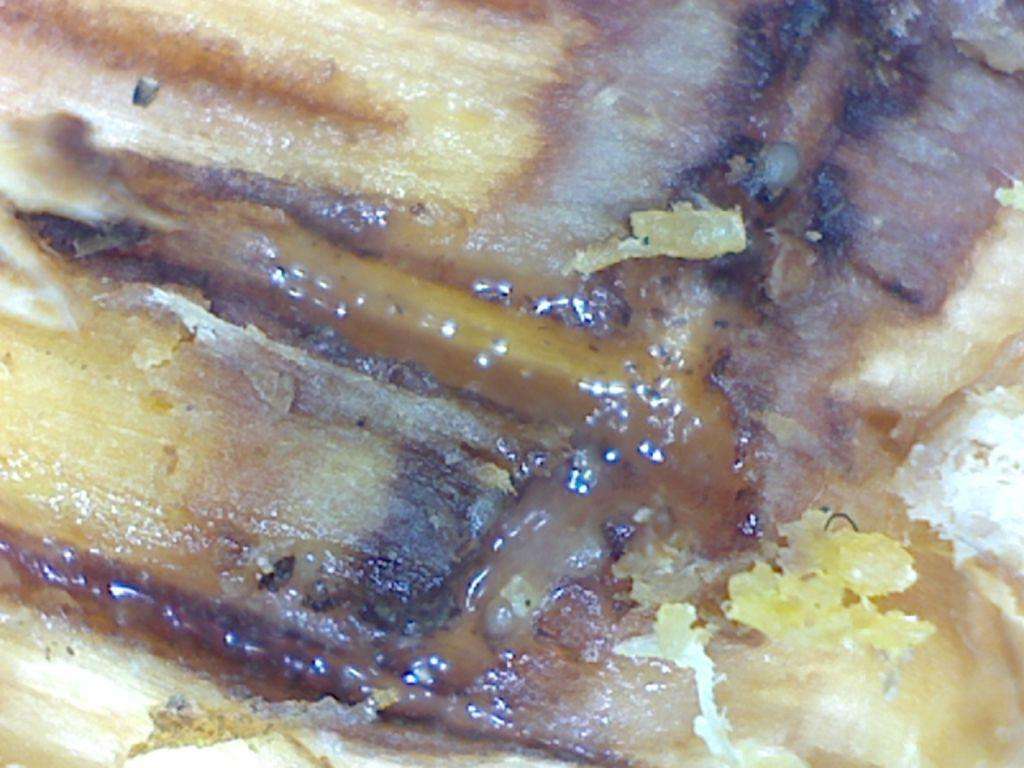 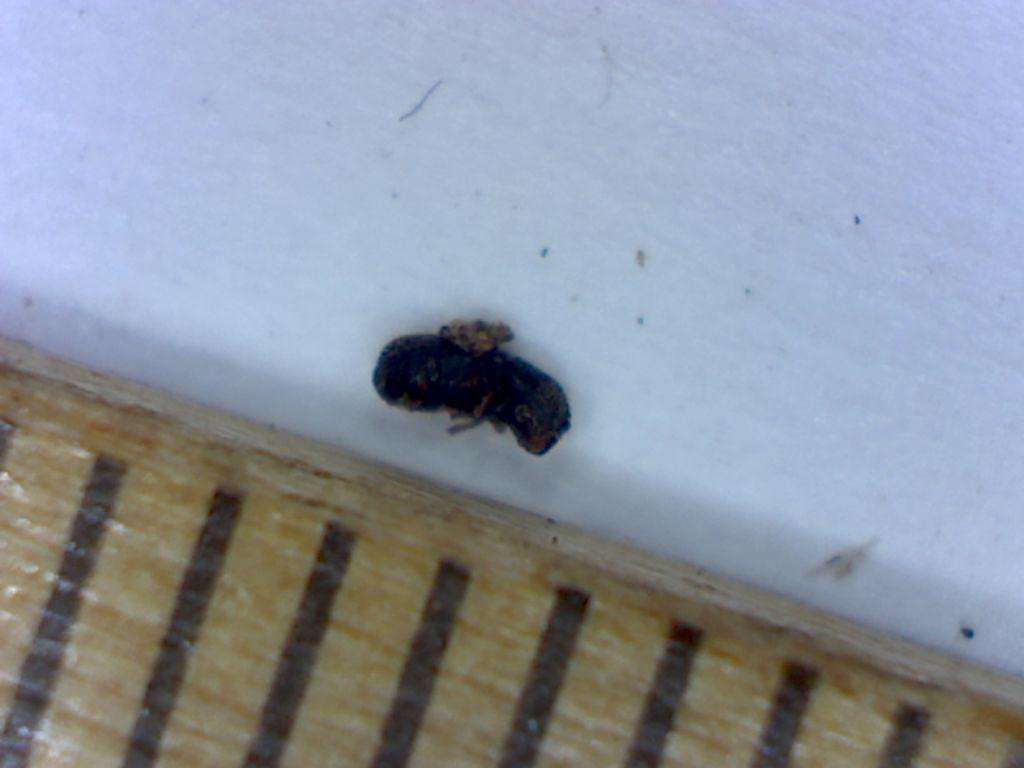 The beetle removed from the canker is about one and a half millimeters long. 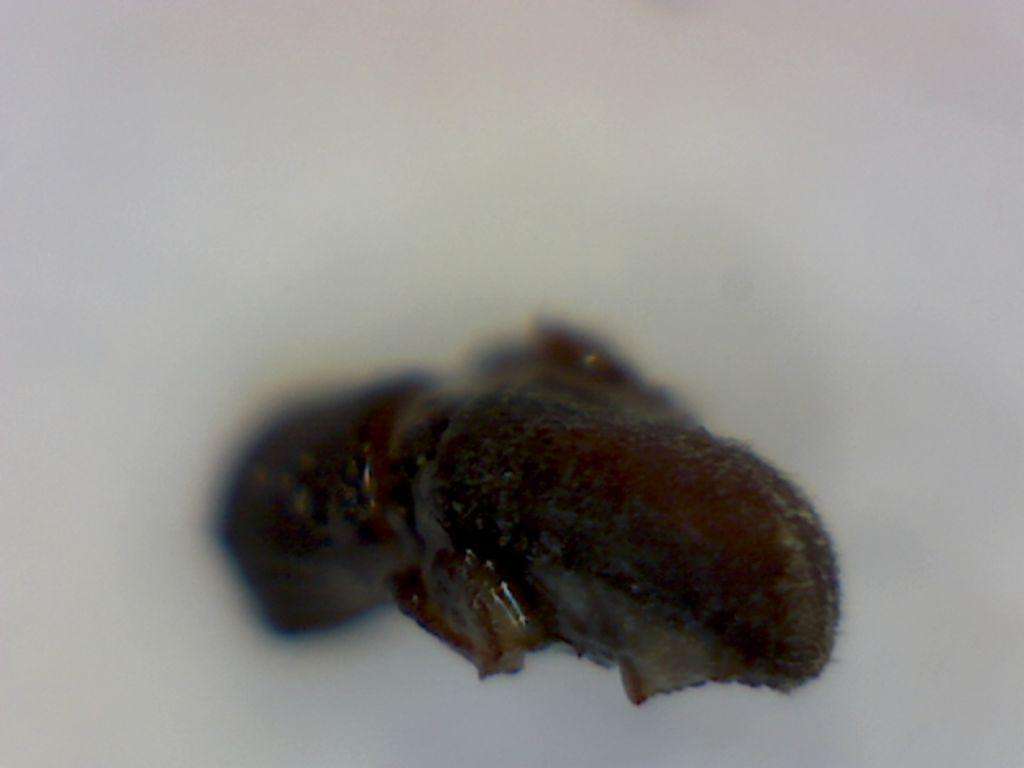 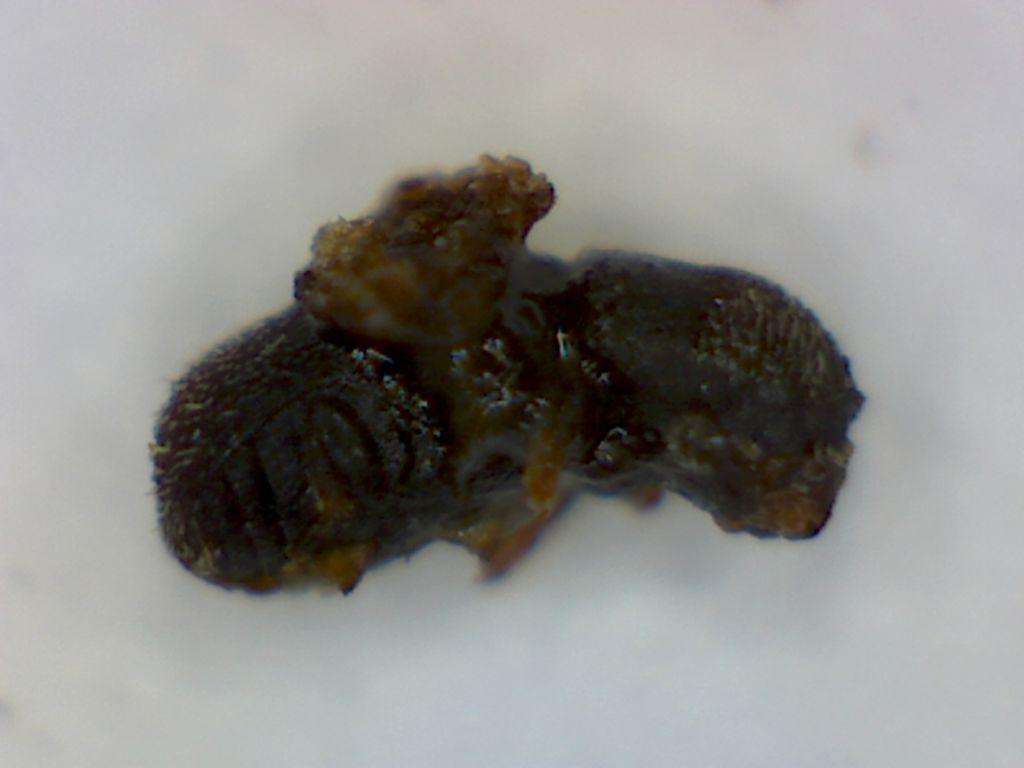 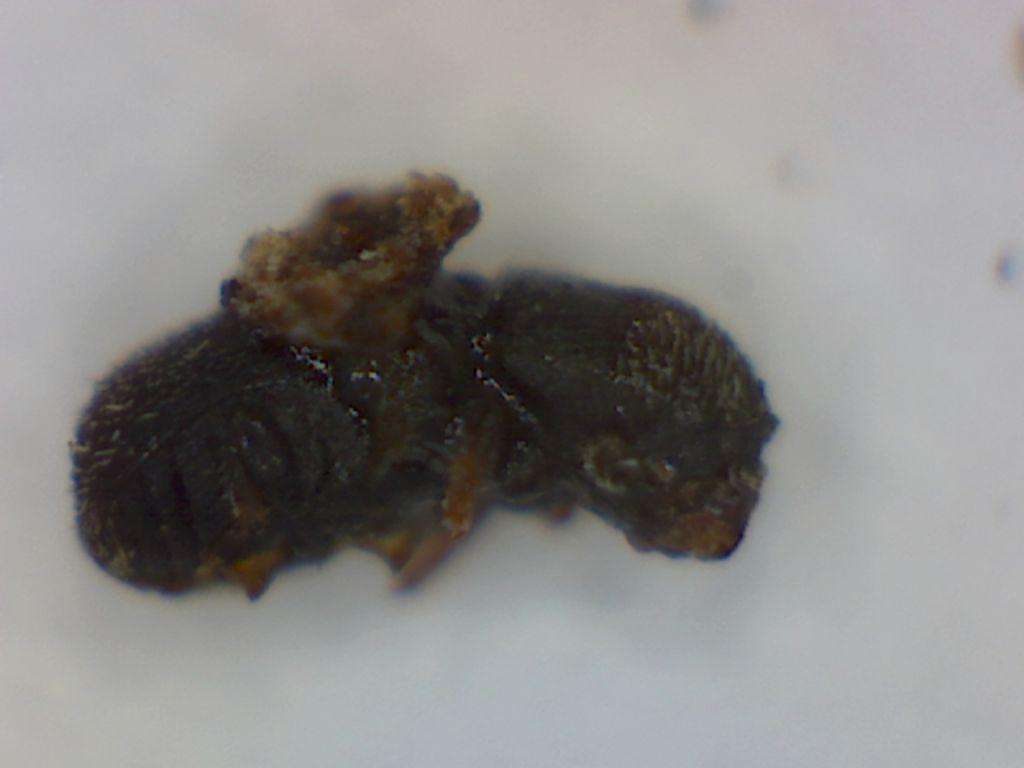 Looking inside a foaming canker