How Quickly Did Foamy Bark Canker Damage the Live Oak?

Lab analysis has confirmed that the live oak near the golf course is a victim of foamy bark canker. I found some older images of this same tree using Google and Bing Street Views. The Bing photo is the most recent, dating from 2 April 2015, and was taken when the sun was behind the tree, putting the bole in shade, making resolution difficult. But the tree is clearly in excellent shape. It appears to have grown well since the 2012 Google image was taken.

In September 2016, the oak was half dead. That means that in less than 18 months, the tree went from healthy and vigorous, to severely infected and dying. 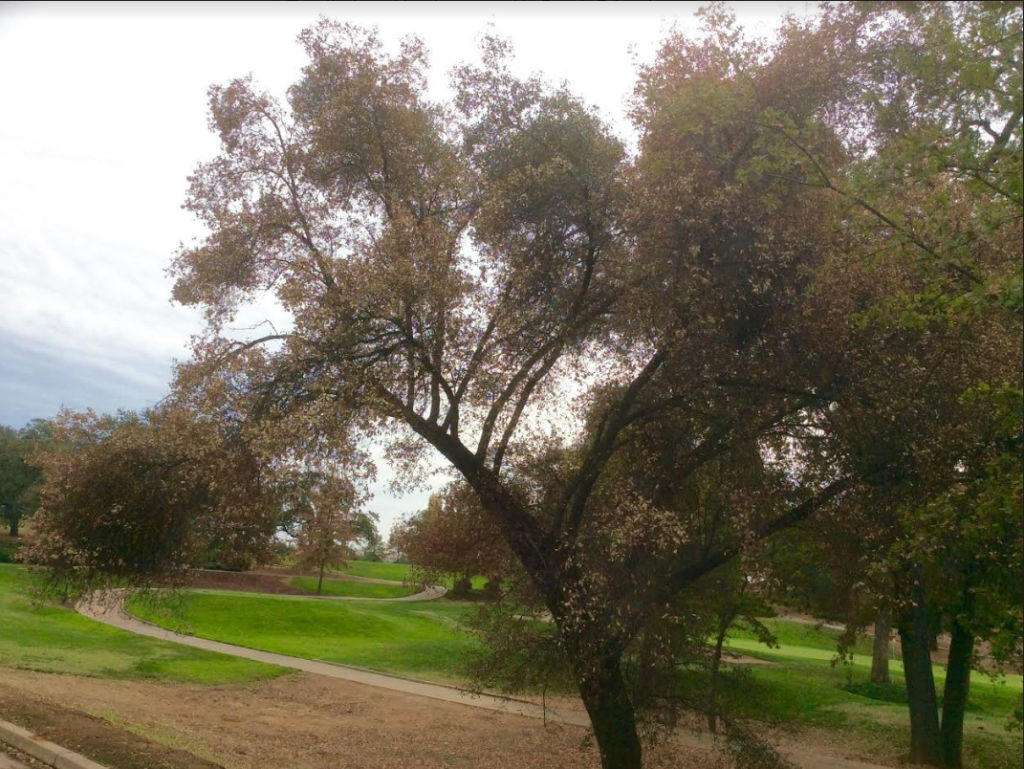 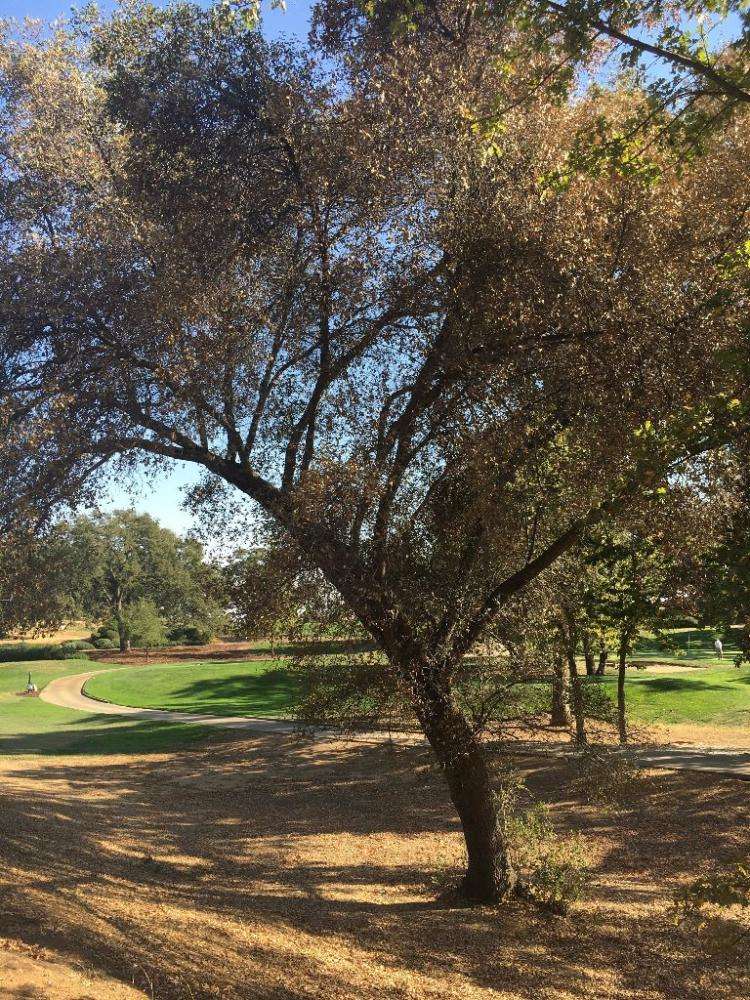 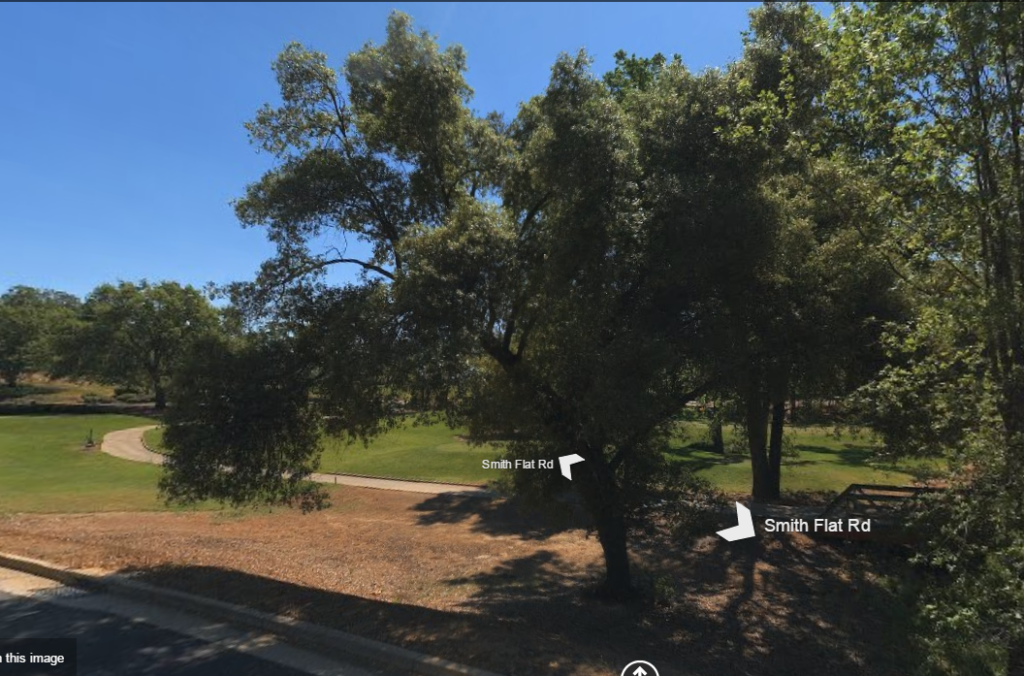 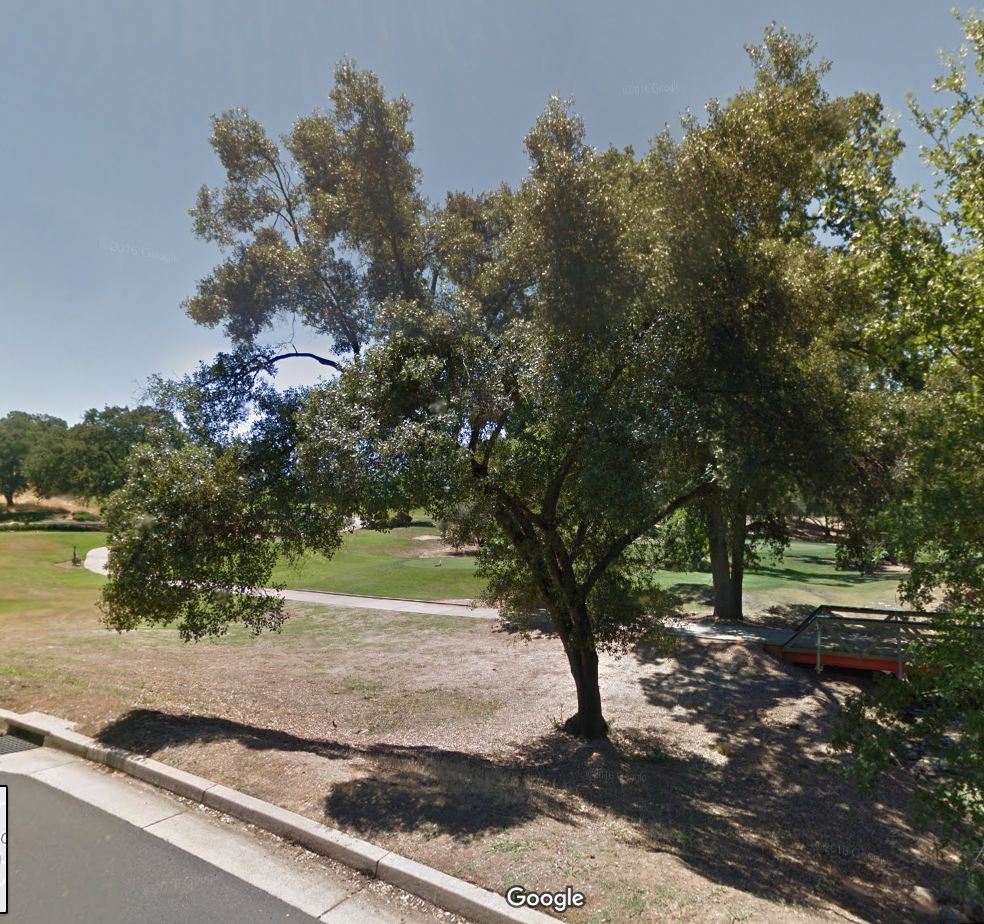