Storey brought in this excellent specimen of a California Horntail. It was one and half inches long, dark blue to black, with a spot behind each eye. California horntails are the most commonly collected horntails in the state.

This species, Urocerus californicus, appears to prefer to lay its eggs in fire or wind-damaged fir, spruce, or, in California in particular, pine trees. The female inserts her long ovipositor into a crevice in the bark and when she finds the right spot, will actually drill into the heartwood, where she deposits her eggs.

The larvae are commonly said to feed on the heartwood, which struck me as peculiar, as I don’t see how they could digest it. So I dug deeper. Turns out that a researcher discovered that a species of horntail, Tremex fuscicornis,  in the Czech Republic, actually places spores of a symbiotic fungus, in with her eggs. The fungus is necessary for survival of the woodwasp larvae, and it’s clear that the larvae are feeding on the fungus that is feeding on the wood. So all that talk that woodwasp larvae eating the wood is wrong; they are eating the fungus and, presumably, its digestive byproducts. It’s a potentially slow process, as it can take 1-3 years for the larvae to reach the stage to pupate. By the way, that fungus is one you have probably seen growing out of dead trees. The woodwasps and the fungus have a nice symbiotic relationship.

Here is a link to the Bohart Museum page on horntail wasps. 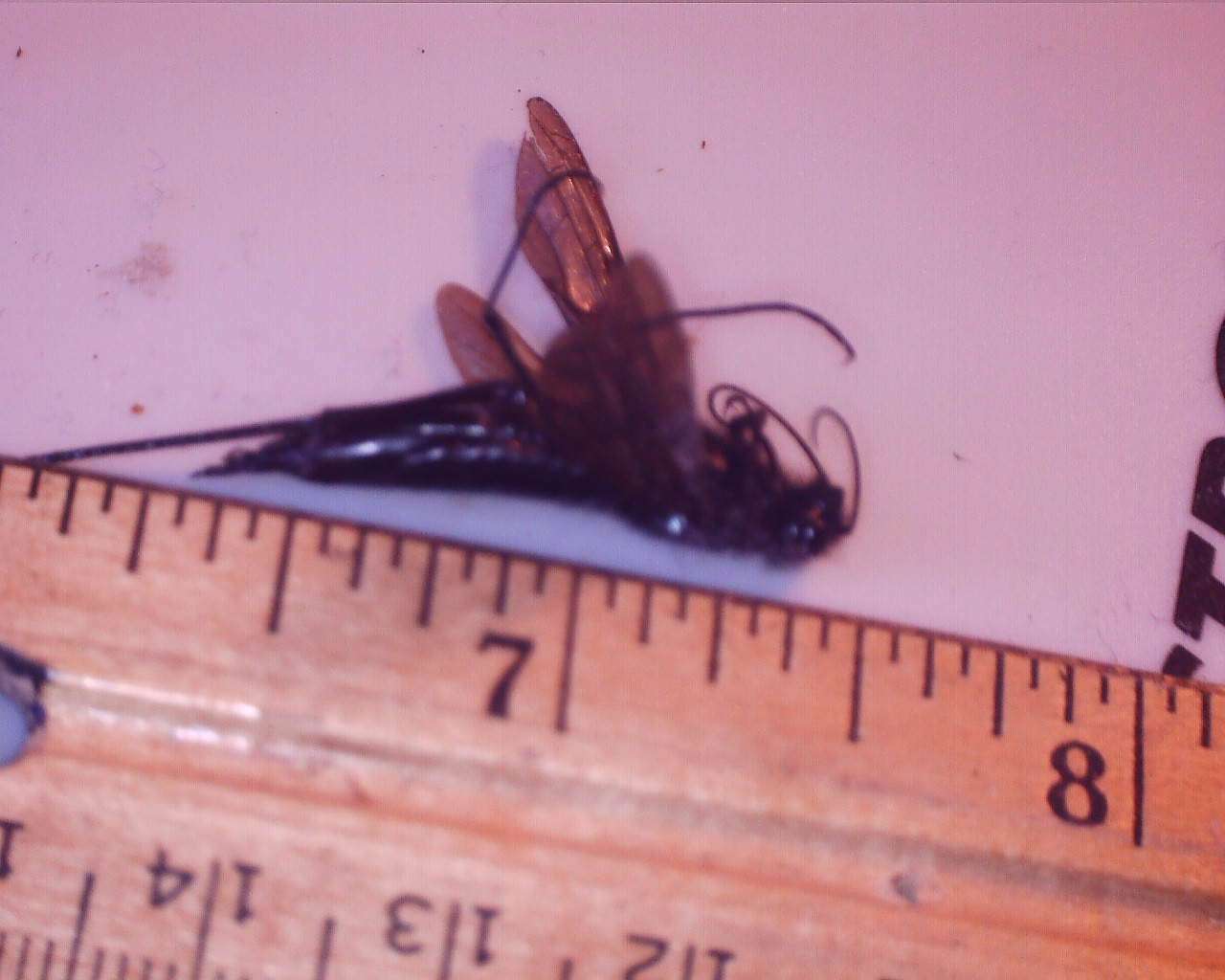 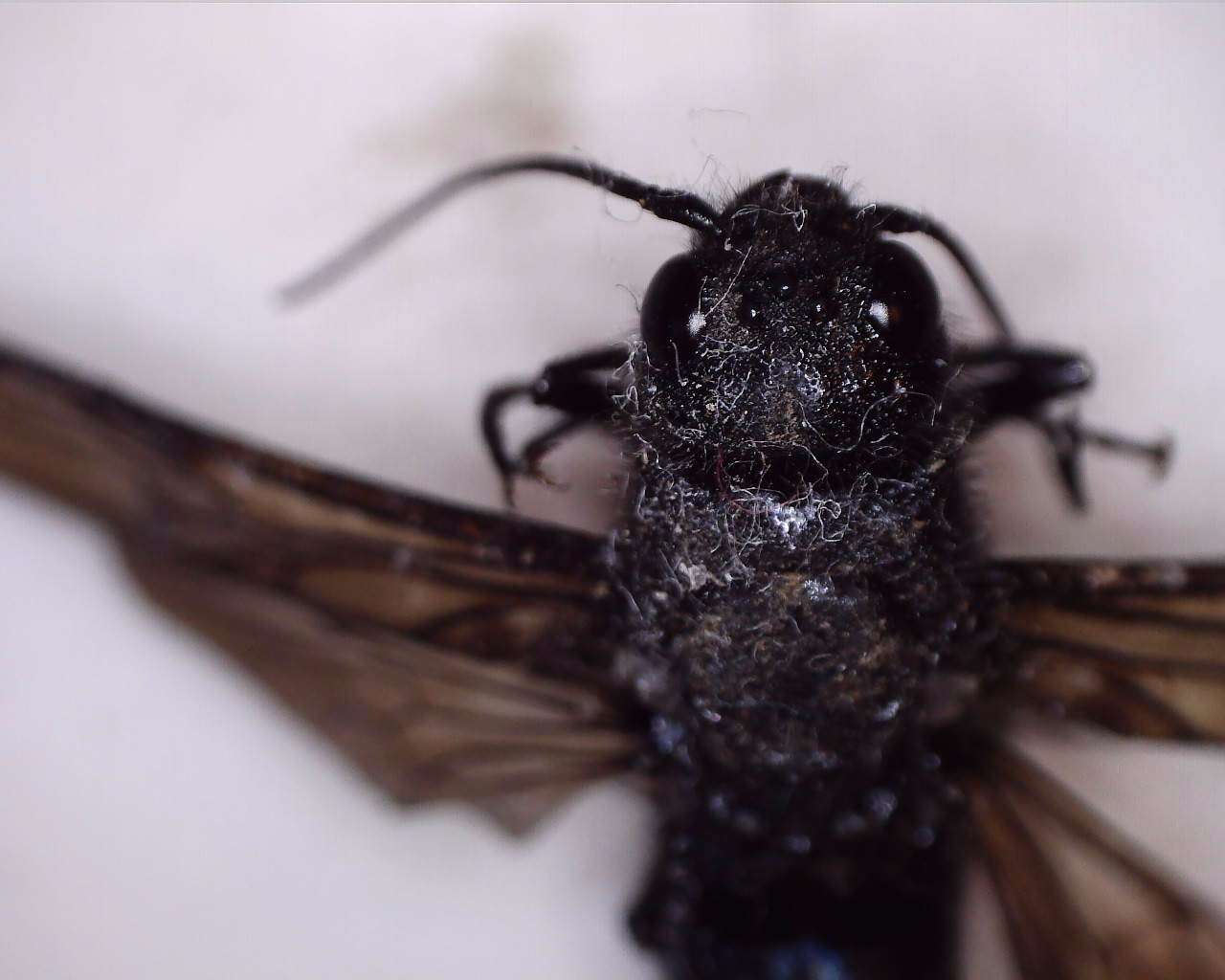 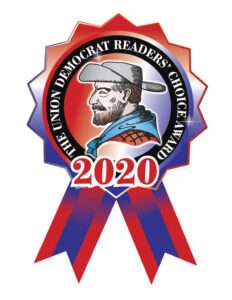 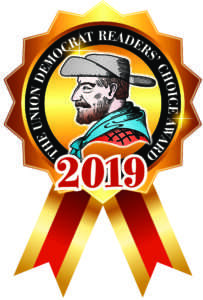 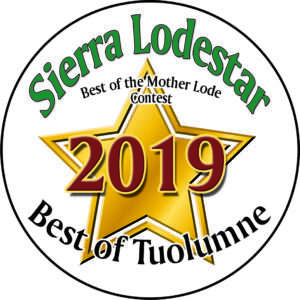 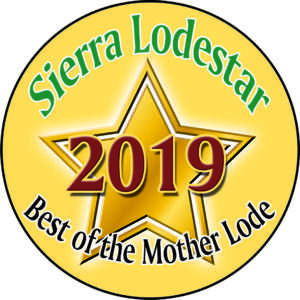 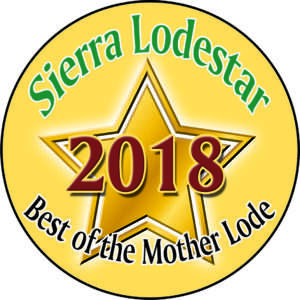 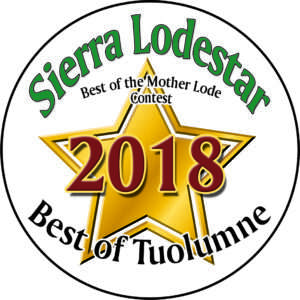 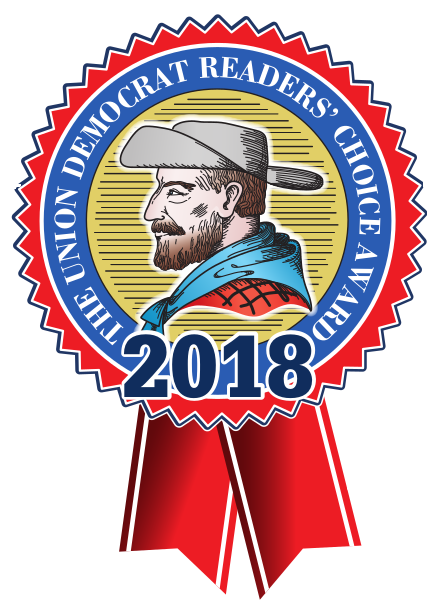 Steve Deaver brought in these leaves from a live oak tree presenting bumps on the leaves. The top of the leaf has the bump, and the bottom of the leaf has a fibrous material.

I consulted Farm Advisor Scott Oneto, who thought it was caused by blister mites. 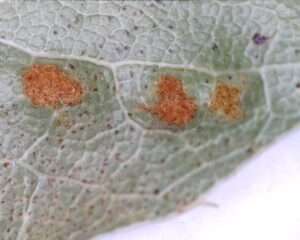 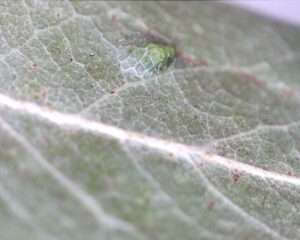 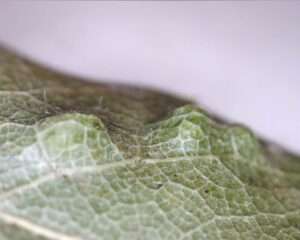 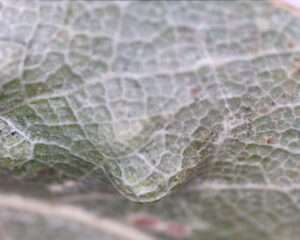 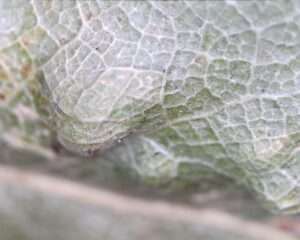 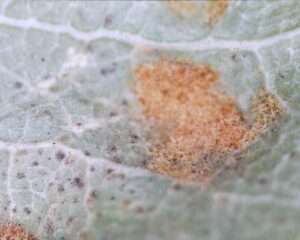 John Duarte brought in a large number of psocids he collected from a house.  Their dead bodies are numerous in many areas of the house. The residents have a number of large bags of rice, which appears to be the source. There is, from what I understand, one large bag in the kitchen, with additional bags in the garage.

Apparently these bags of rice have moisture contents high enough to support fungal growth, and the booklice are feeding on the fungus, not the rice.

“The elevated moisture content (.13%) of commodities allows microorganisms (e.g., fungi) to grow and consequently to affect their properties [25–29]. Psocid infestations are favored when the moisture content of commodities is high, and psocids can feed on fungi”  Source: Competition among Species of Stored-Product Psocids (Psocoptera) in Stored Grain 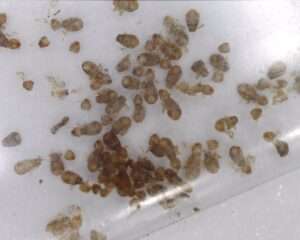 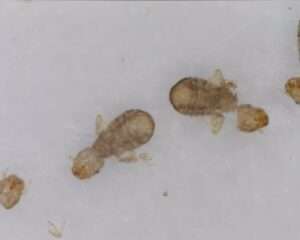 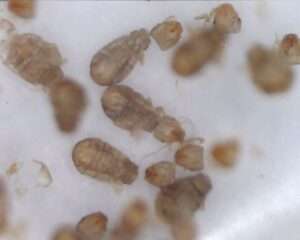 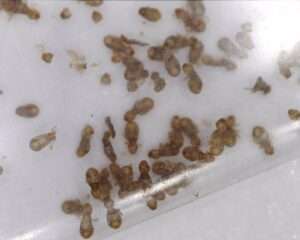 Andrew brought in a sample of debris from an ant midden, that was on a window sill at a house in Valley Springs.

This is unusual. We are trying to determine what species of ant is doing this. 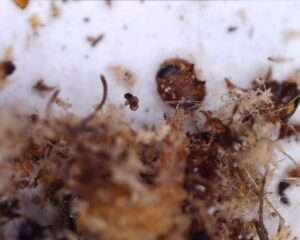 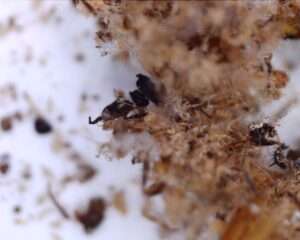 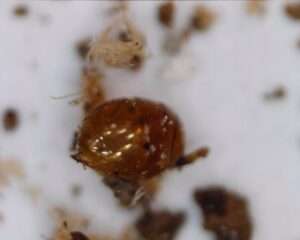 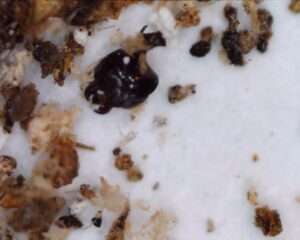 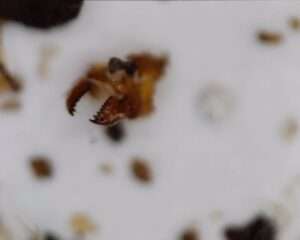