The weed bug, Arhyssus crassus, is a common pest, seen most often indoors in early autumn, and then again in late winter. The bugs live outdoors during spring and summer, feeding on a variety of weedy plants. They start to enter homes, and wall voids, in the autumn, to find a place to overwinter, sometimes in large numbers. As spring approaches, the bugs may emerge on warm days, often entering houses by the dozens.

Weed bugs do not bite, but have been reported to leave excrement that stains draperies and rugs (source).

There is surprisingly little information and photos of this common California pest.

The first series of photos is of a specimen  collected on January 20, 2015, in Columbia California, inside a home. We have a photo below of two weed bugs mating, within hours of their emergence. 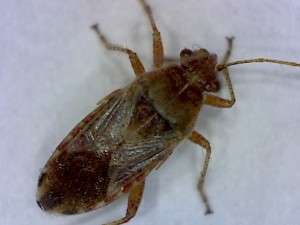 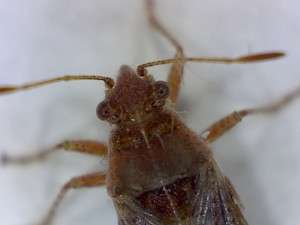 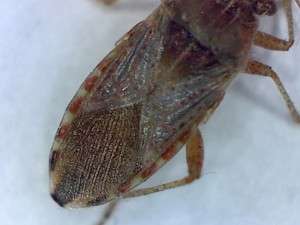 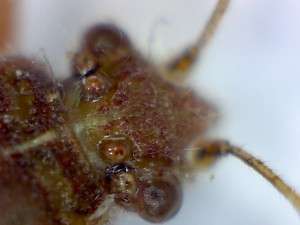 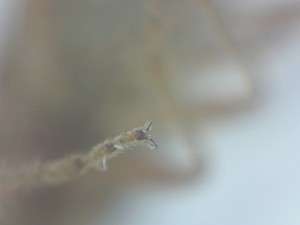 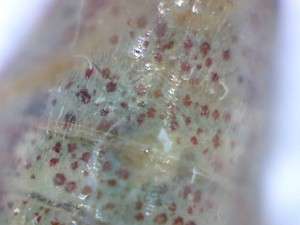 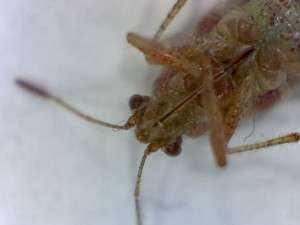 The following images are of a weed bug collected late January 2016 by Jason Price, Sonora Ca. 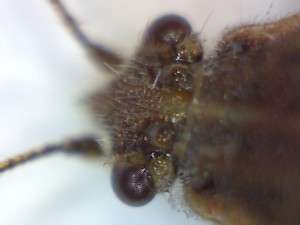 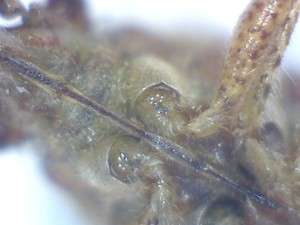 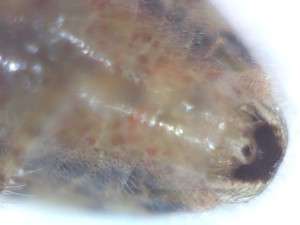 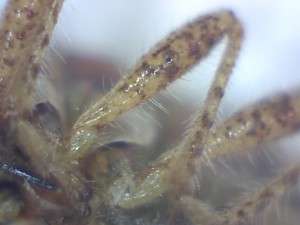 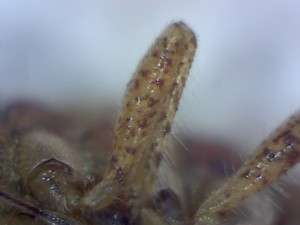 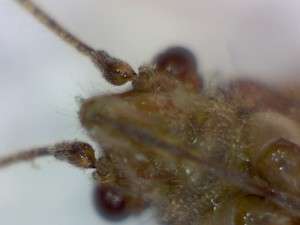 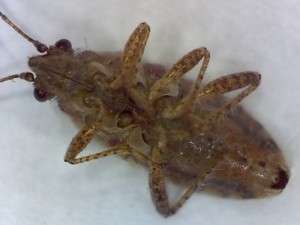 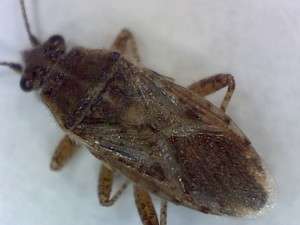 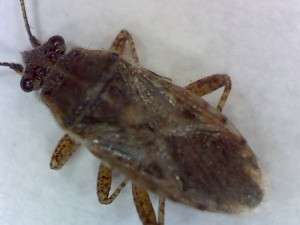 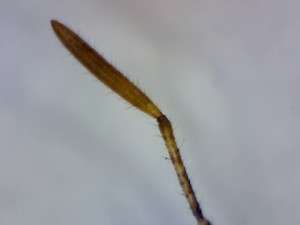 Weed bugs mating. These weed bugs had apparently overwintered in the wall of our garage, and emerged on a warm day, 15 March 2017, and immediately started mating, on a window. Focus was poor, but this does add to the knowledge-base for weed bugs: they will mate soon after emergence. 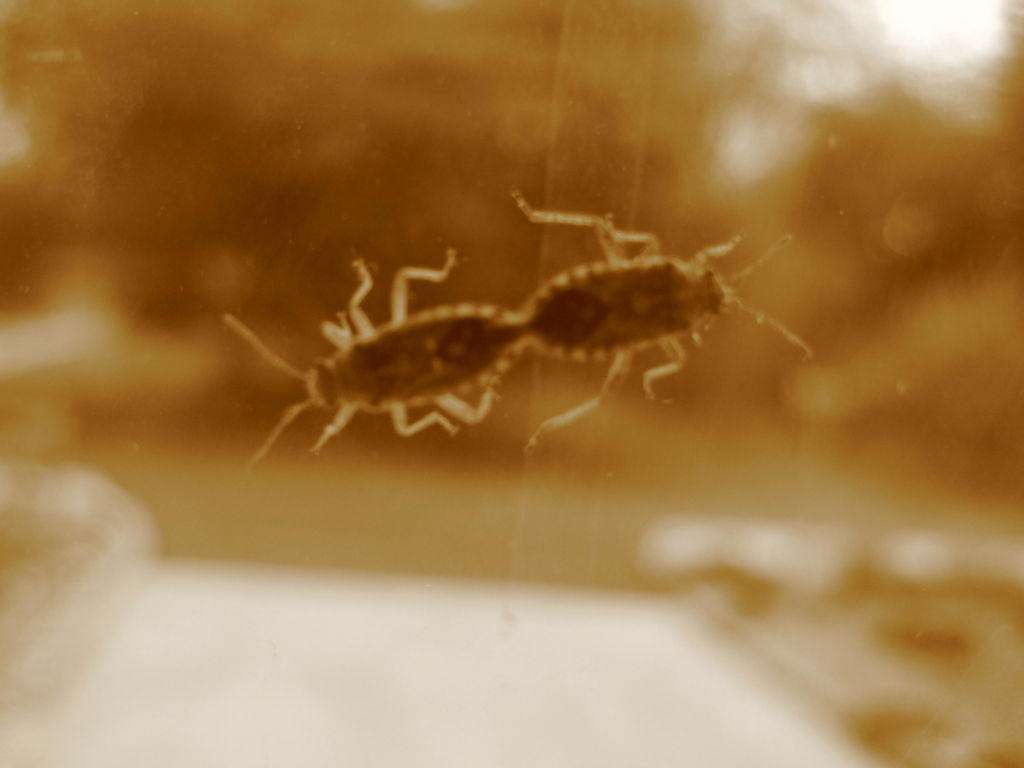 Weed bugs mating. The weed bugs were on a window and focus was difficult. 15 March 2017. Columbia California

Below are images of a weed bug with the wings unfolded. Mid-February, 2020, Sonora, Tuolumne County CA. Collected by John Duarte. 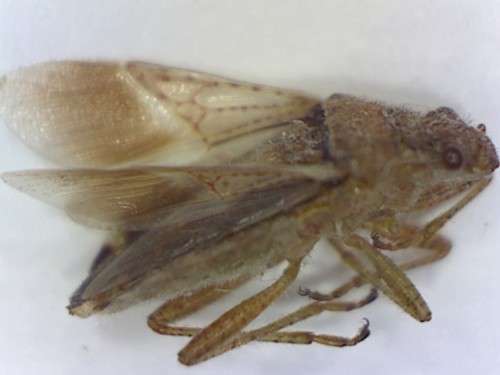 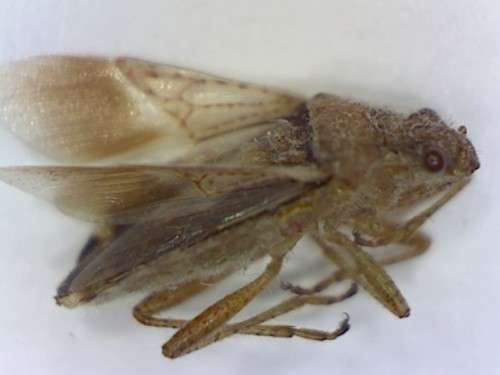 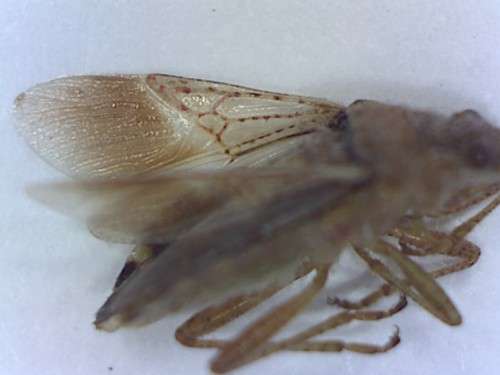 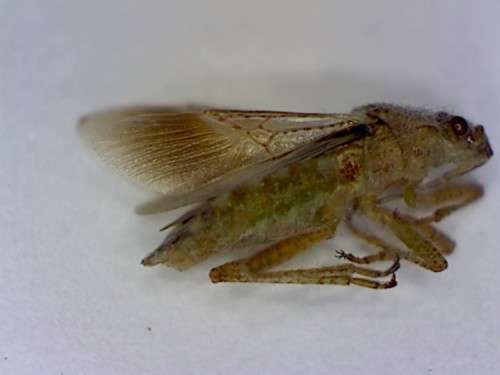 Here are some videos of casemaking clothes moth larvae. Specimens collected by Harry Proctor, 13 January 2015, Murphys California. The larvae were found to be infesting a rolled-up, red wool carpet, stored under the bed.